It’s happened. Today Kodak sent out this really sad press release. Kodachrome was what I always shot before I finally went digital. I would occasionally stray to some new flavor of the week like Velvia, but I always went back to the good stuff. 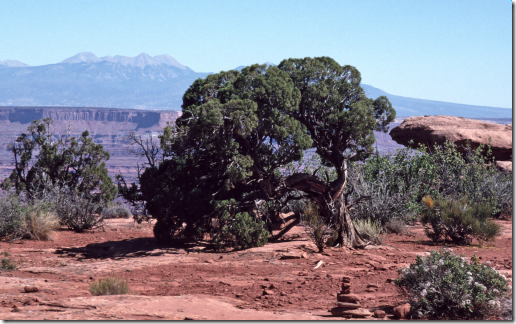 If you aren’t familiar with the history of Kodachrome, it really is fascinating. It is the oldest color film (1935!) still in use, and it isn’t like any other type of film. In most color films, each layer of the emulsion has a dye coupler in it. This means that a single developer stage can process all three layers at once. That’s not how Kodachrome works. Its emulsion layers only contain silver. The dye coupler is adding during processing. This means that it requires 3 developer stages. It’s a very complicated process and there’s only one place left that does it. There are a number of benefits though. The emulsion layers are thinner and the grain is finer than other color films. Among photographers I knew, there was always the argument that the colors were purer because the remains of all of those extra dye couplers weren’t left behind, but I don’t know how much truth there is in that argument. One thing that is certainly true is that Kodachrome lasts longer than anything else. The colors don’t fade the way E-6 process colors do.

I don’t know how many rolls of the stuff I’ve got filed away. It must be in the hundreds. It has a beautiful, soft look at high magnification, and the colors just look right to me, even though it didn’t have the flashy blues and purples of some of the others.