The Westfield is so low that being seen by other drivers is going to be a big challenge. Because of this, I knew that I wanted a really bright 3rd brake light that was mounted as high as possible. I found this nice United Pacific light bar at Summit Racing. It has two settings, but I’ve just wired up the brightest one. It’s pretty bright. I kind of blinded myself the first time I fired it up.

The next step was mounting it. The highest point on the car is the roll bar. That’s about at the height of my waist. So I created these two little brackets with a 3D printer: 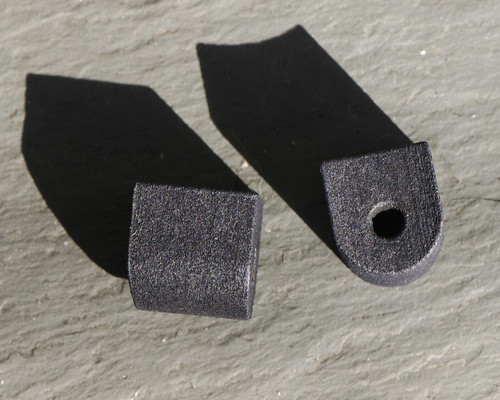 You can find the model here on Shapeways if you’d like to print your own.

Then I tapped a couple of 4mm holes in the back of the rollbar, and drilled one larger one in the center so I could run the wires through the inside of the bar.

Fishing the wires through was actually the hardest part. That took Tom & I something like an hour. 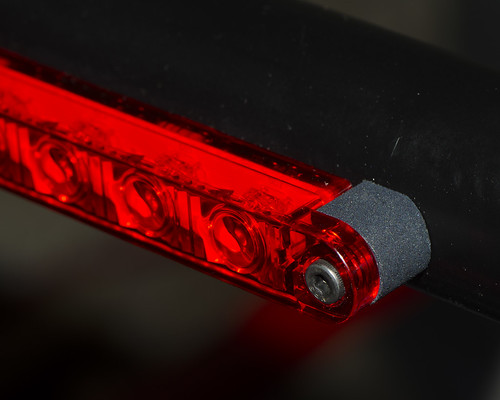 Now it just needs a bit of clear silicone to keep the damp out and it’s done.

The other option I considered was mounting it below the rollbar. I thought that might interfere with my view out the back, but it would have had the advantage of not interfering with things like half hoods that hook over the back of the bar.