For my science fair project this year I am planning on making a self-balancing robot similar to a segway. Over Thanksgiving break we’ve been attempting to get a basic robot working. We’ve decided that we want to be able to drive the robot with a Wii nunchuck so we bought a little board called a nunchucky that turns the data coming from the nunchuck into readable data for an Arduino. At first we were having a bit of trouble, but after a while we realized that the problem was that we were putting the nunchucky in wrong for the library that we were using this after figuring this out we started to get real data coming from the Arduino. Below is some data that we got from just fiddling around with the nunchuck. 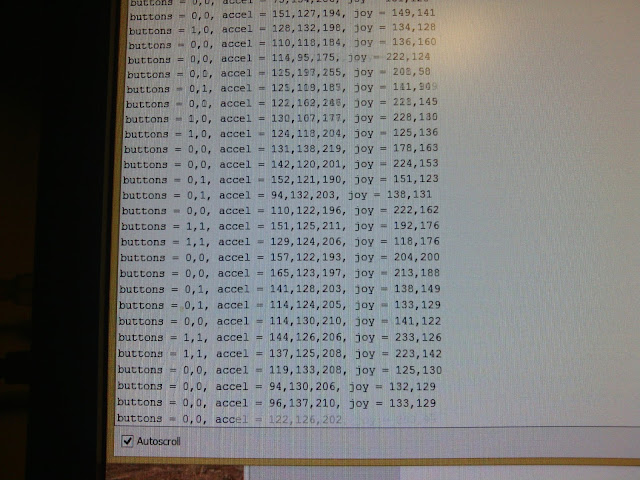 Here is a picture of the robot as it is now. 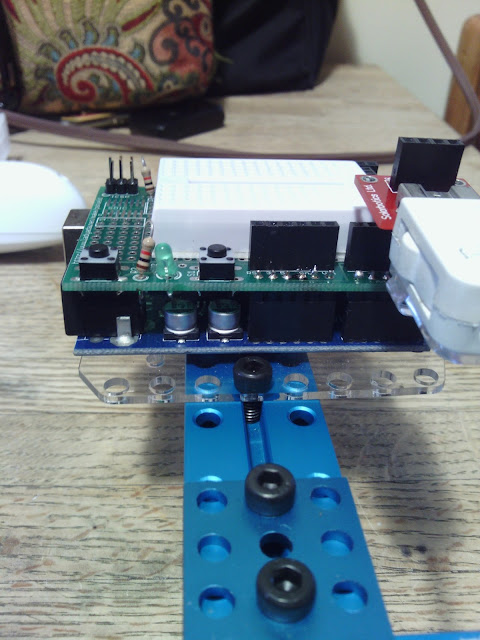