Apple’s release of the iPad has generated a lot of angst and gnashing of teeth amongst a certain class of geek. Ben Fry’s latest post on the subject is fairly typical. Or as Tim Bray said:

For creative people, this device is nothing.

I agree with their points completely. The basic problem is that although the iPad looks like the latest 21st century personal computer, it’s missing one of the key features of a personal computer. That’s the ability to program it to do what you want it to do. Programming the iPhone or iPad is much more like developing for a gaming console. You need to pay special developer’s fees and you can’t release an application which isn’t approved by Apple. This is a device which you use to consume, not create. 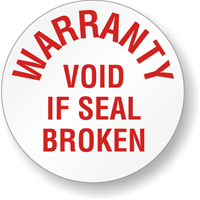 This fits in with something that has been going on in a lot of engineering fields in recent years. In Shop Class as Soulcraft, Matthew Crawford refers to this style of engineering as “Hiding the Works”. It’s very noticeable in automobiles. I grew up working on cars, but I don’t find the new ones inviting at all. They’re completely sealed up like an iPod. Some of the new Mercedes don’t even have a dipstick. Even if you do manage to pry it open and try to work on it, you’re going to find out that a lot of the critical data you need is encrypted.

I’ve seen the same sort of thing happening in programming too. Just today I was talking to a senior developer who writes really low-level code at the core of big multithreaded applications. It turns out he had no idea how virtual memory is actually implemented. As someone who grew up writing microcode and counting gates, I was pretty amazed by this. But when I talk to a lot of modern programmers, it’s clear that they’re completely isolated from how computers actually work, and they don’t seem to even think that’s an interesting thing to worry about.

A few people are now rebelling against this trend with things like Maker Faires, circuit bending, and Right to Repair laws, but a lot of people seem perfectly content with the situation. Richard Sennett argues that modern Capitalism depends on the people losing the aesthetics of craftsmanship because the craftsman cherishes the items he works on, while Capitalism depends on consumers discarding objects in favor of the new and trendy.

I think that another part of the dynamic here is that during the 80’s and 90’s engineers got their hands on all of these great new development tools which allowed them to make devices more and more complex. As they did, more and more people just gave up on trying to understand how their gadgets worked. This rising tide of blissful ignorance eventually swallowed even some of the most tech savvy portions of the populace.

And to be honest, even us engineers who create these complex devices are just as happy to have the users out of the way. Our jobs are more difficult if we need to design complex devices in an open and accessible way. But something has certainly been lost here. In his book, Crawford argues that we need to teach our children how to make things for their own psychological well being.

Ben Fry ends his essay on something of a hopeful note. He says:

I hope he’s right. What do you think?