This month’s Technology Review has a nice profile of one of my favorites professors from when I was in college.  Be sure to check out all of the pictures too.

Woodie pretty much created 2.70. That’s the intro to mechanical design class at MIT. It includes a competition which is one of the annual highlights of MIT’s campus life. It always draws enormous crowds. Here’s a clip from Scientific American Frontiers (which Woody hosted for many years) which captures the flavor of the course. 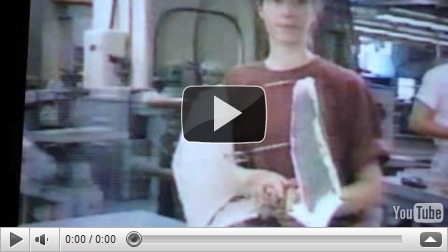 I took it a couple of years before the contest shown in that video. Here’s a clip from the year after I took it, complete with Woodie in a flashy white suit which looks very early 80’s now.

I took it the same year as Fred Wilson. He recently described that year’s competition on his blog. The machine I built for that contest is one of the few things I really regret losing in the moves over the years. It was a beautiful contraption. Unfortunately, its trigger jammed in one of the early  rounds and I was out of the competition.