We spent half of last week at the World Championships for FIRST. This is the organization which Dean Kamen started in New Hampshire 25 years ago to show kids that engineering can be fun and rewarding. At this point, it has grown to an organization which has 350,000 kids involved from 80 different countries around the world.

If you ever get a chance to go see a FIRST competition, you really should go. We have really enjoyed them, and the World Championships were like nothing we’d ever seen before. The football stadium that the St. Louis Rams play in was filled with screaming teenagers rooting for their teams. 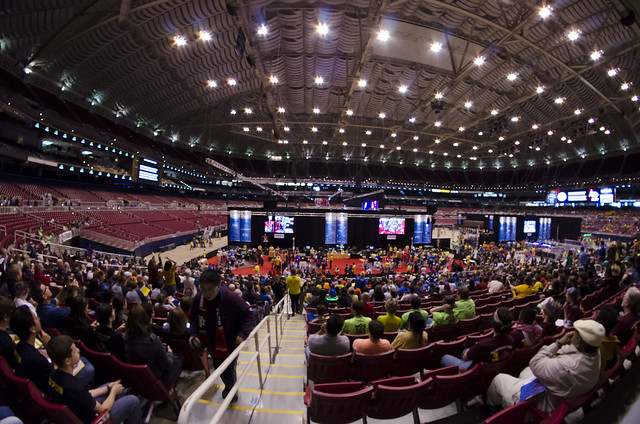 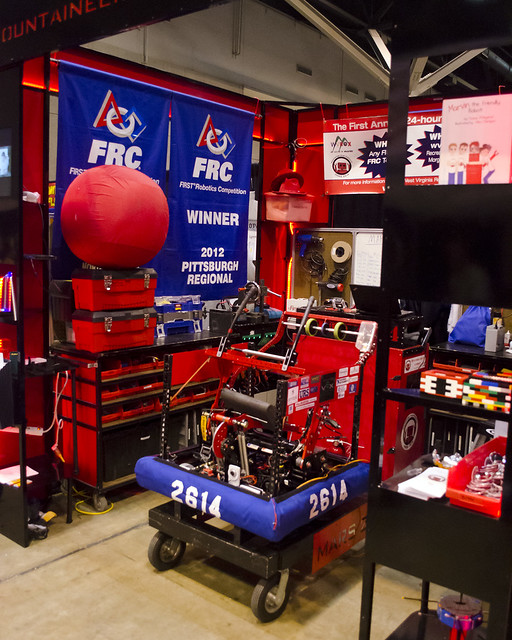 … and vendors showing off their hi-tech wares. 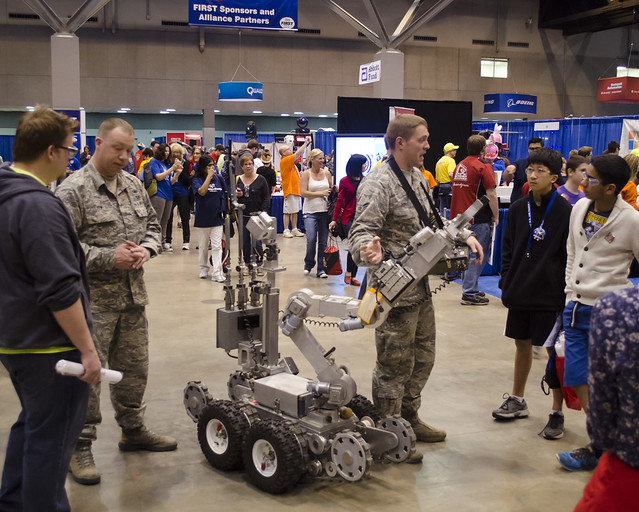 FIRST is actually composed of three different leagues which each face a new set of design challenges every year.

The FIRST Lego League is for elementary and middle schoolers working with Lego blocks. 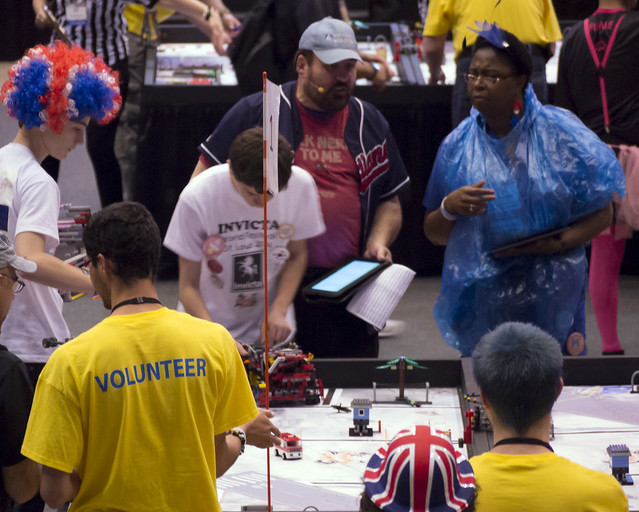 In the FIRST Tech Challenge, middle and high schoolers design and build custom robots which compete on a playing field which is about 10 feet on a side. 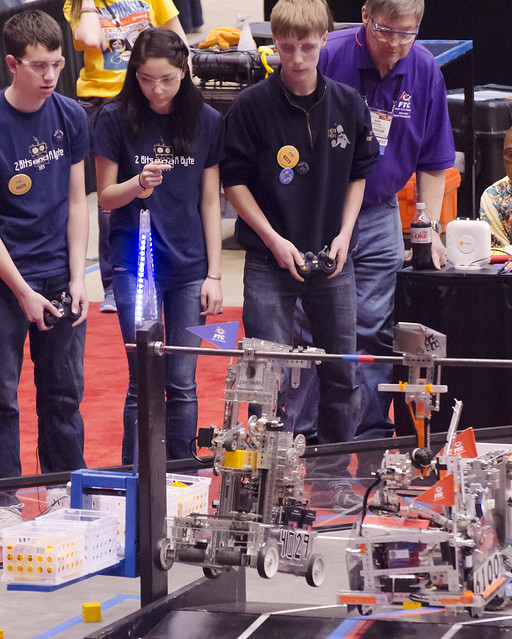 And in the FIRST Robotics Challenge, high schoolers build really big robots (up to 150 pounds) which compete on a field which looks like a small soccer field. 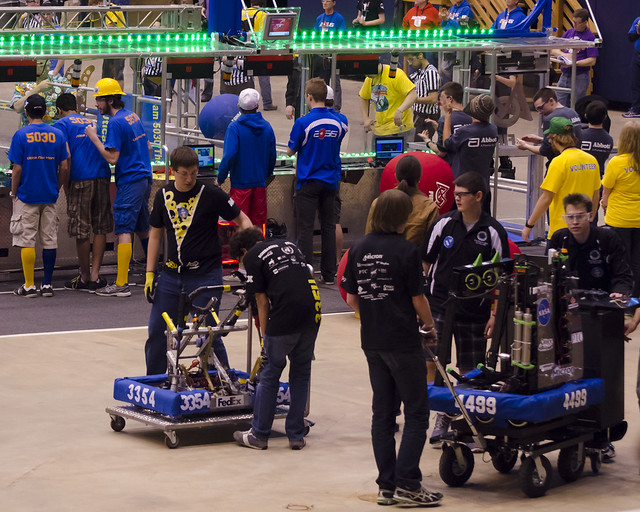 2 Bits and a Byte (or team 4029) is the Lexington High School team that Peter is a member of. 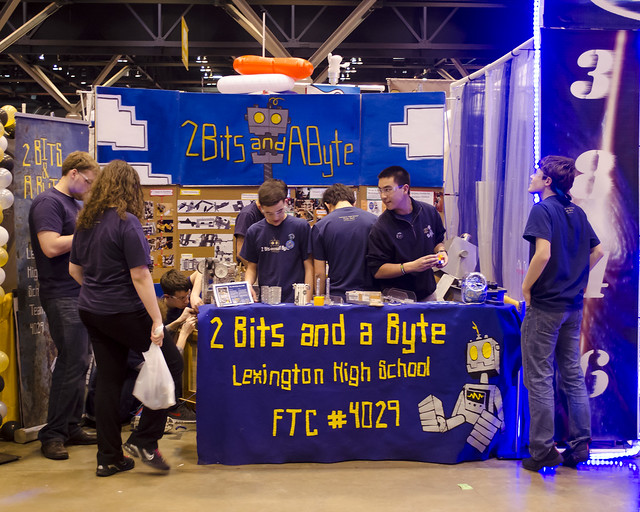 They compete in FTC (FIRST Tech Challenge). In some ways, FTC is descended from a mechanical design course called 2.70 which I took at MIT back in the 70’s. It was taught by one of my favorite professors, Woodie Flowers. Woodie is an icon around FTC. You often see him wandering around the floor with a line of kids following him. One of the traditions is that everyone who meets him signs his shirt. 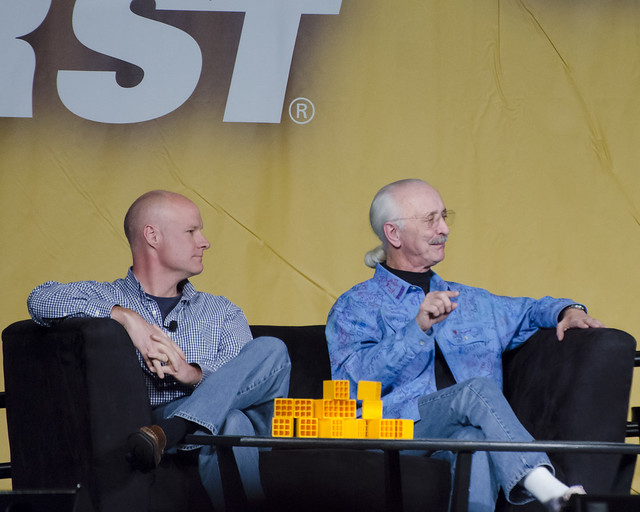 Peter’s team did very well this year, and everyone was very excited to be going to Worlds.They took an 18 hour bus ride to get to St Louis. Peter actually missed the ride out because we were visiting colleges. We met up with the rest of the team in St Louis, and he’s now riding back with them.

There were 128 teams competing in the FTC championships. They were from 15 countries. The qualifying matches took about a day and a half. Team 4029 started out doing very well. They were in 1st place for most of the first day. But after losing a couple of close matches, they slipped to 11th place. 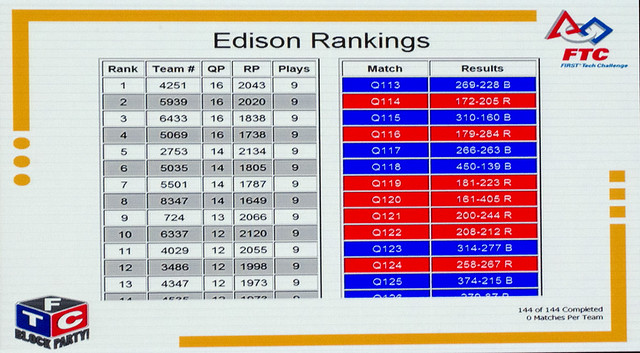 Everyone was getting really nervous … 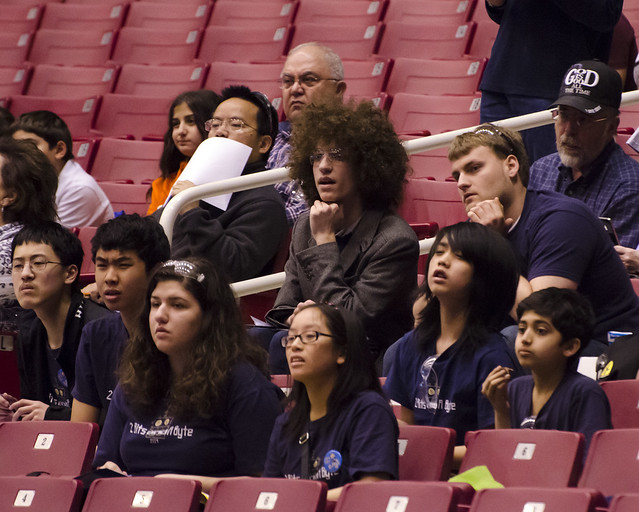 … but then team Overdrive picked them to be part of their coalition in the playoffs. 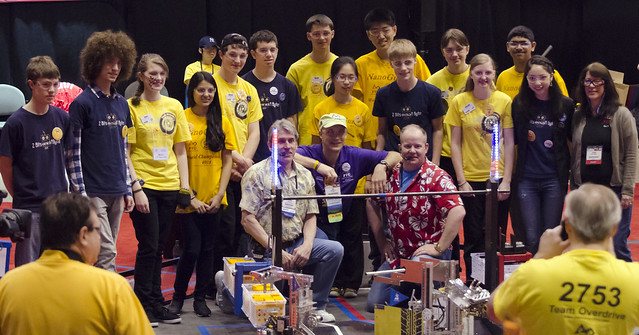 That meant that they got to keep competing the next day after most of the other teams had packed up. 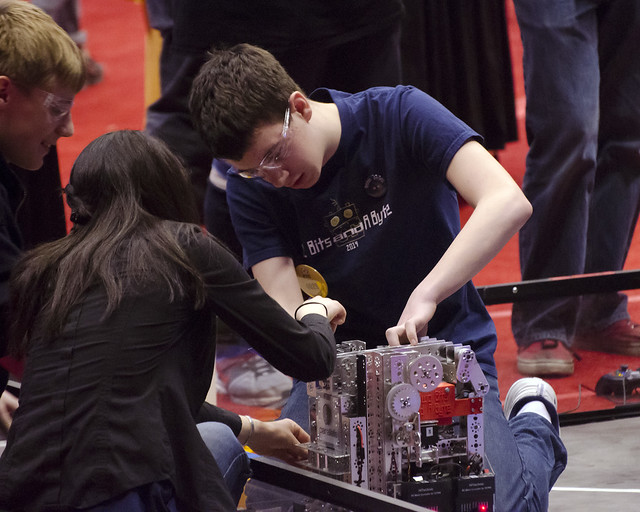 They didn’t make it all the way to the finals, but it was an awfully good finish to an awfully good year, and they had a lot of fun at the world championships. They have a lot to be proud of. The adult mentors and graduating seniors deserve a lot of thanks for building this team up into something which has given everyone these great experiences.

FIRST Worlds really was a fabulous experience for kids who are interested in science and engineering. They got to spent a week hanging out with like minded kids (from 38 countries), and had a lot of great experiences. Every time we turned around, we ran into a group of kids with an interesting story, like this group from the Netherlands. 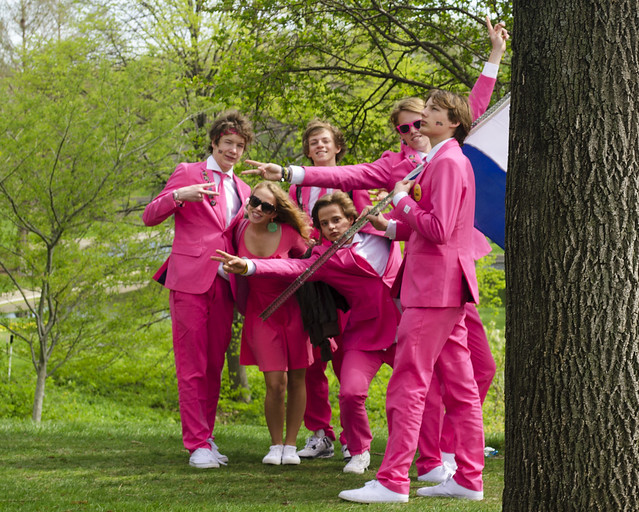 Everywhere they went in town, people stopped to talk to them and get their picture taken with them. They seemed to be having a blast.
In spite of all of the fierce competition, FIRST encourages the kids to help each other and work together. This creates an atmosphere where all of the kids got to spend time getting to know each other and having fun together. There never seemed to be any hard feelings once the party started at the end of the day. 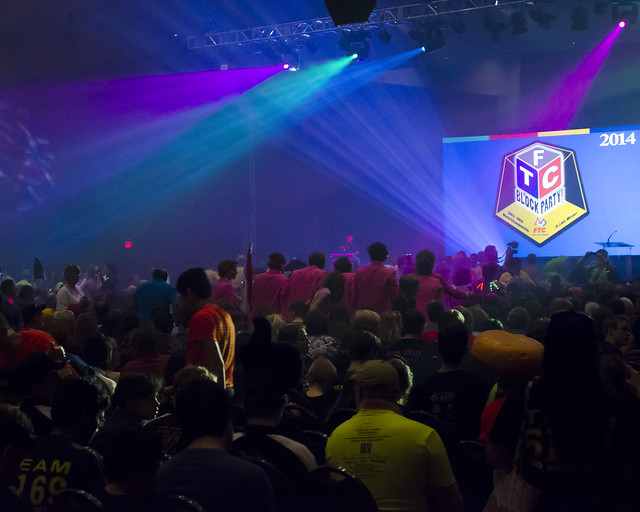 We had a great time in St Louis and we took lots of pictures.