I finally got the last brakeline installed in the Westfield this weekend. While working on them, I got pretty sick of these things. 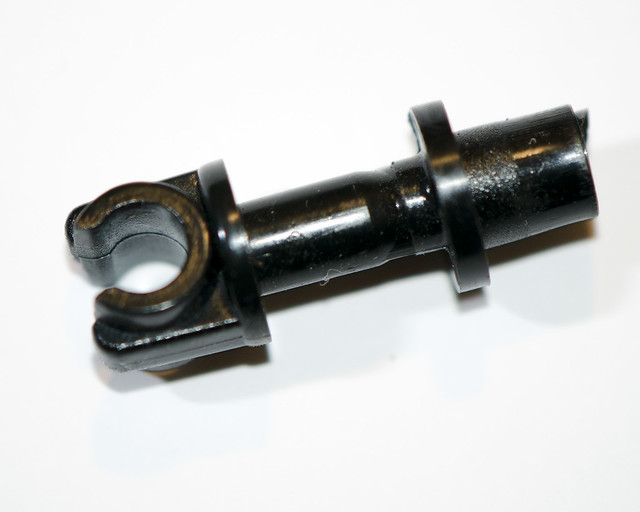 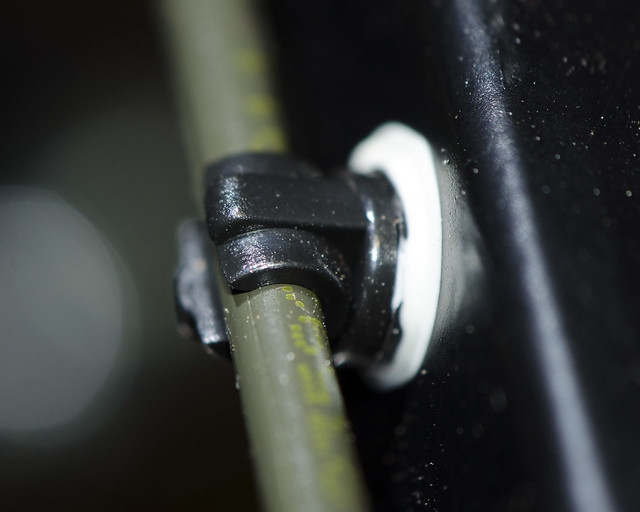 It holds the brakeline up and away from the frame. I found that the ones which the Westfield uses are very brittle and fragile. I can’t guess how many I’ve broken. And they always seemed to break just as I was finishing the line up and had adhesive all over everything.

About the time I got the last one installed, I finally figured out a pretty good way to put them in. If you put a drill bit sideways through the clip (the same way the brakeline will go), and then press firmly on both ends of the drill bit, then the clip seems to go in smoothly and without breaking. I suppose that bit of hard won knowledge will come in useful some day.

The other thing I did this weekend was do a trial fit of all of the suspension bits. I’ve found so many cases where the build manual says to use this size bolt here, when it clearly won’t fit, or use that size bolt there, when there aren’t any bolts that size in the kit, that I decided that it’d be safer to just try tacking everything together once to see with my own eyes what’s supposed to go where. The nice side effect of this is that it looks pretty cool at the moment. 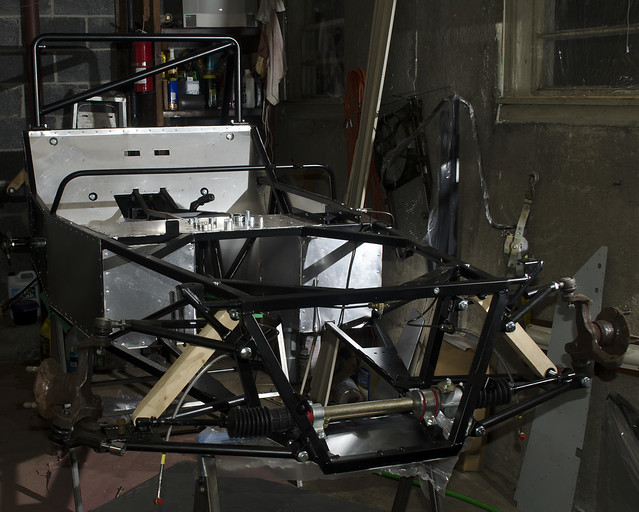 Unfortunately a lot of that is going to have to come out again so that I can get things like the differential in. It still looks nice at the moment though.