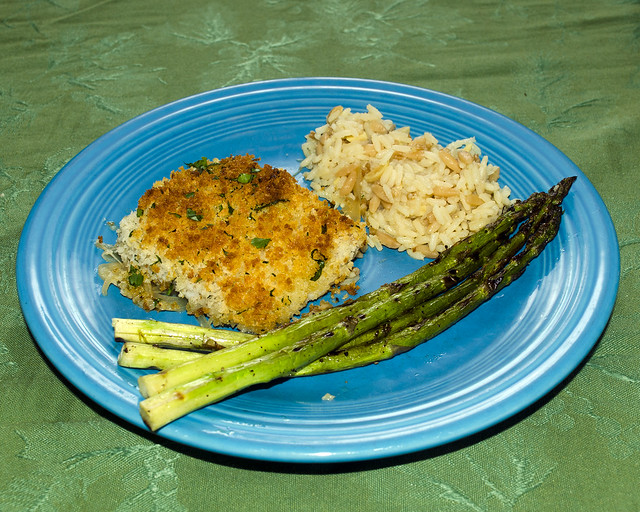 Baked Scrod is a traditional New England dish. Where the word scrod comes from is up for debate. But most people in New England understand it to mean cod or other similar white fish like haddock, pollock or hake. I had previously tried making a baked scrod with ritz cracker crumbs, but while the fish turned out well, I found the cracker topping kind of lacking. So I looked around for some variations and ended up coming up with this one.