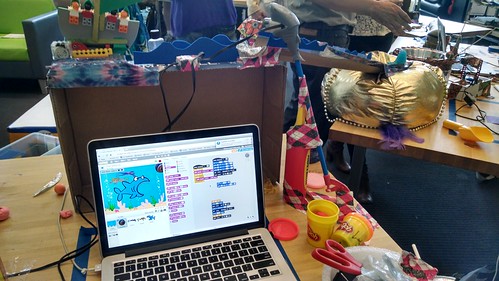 This week the Lifelong Kindergarten Group is hosting the fourth Scratch Conference at the Media Lab. It’s wonderful to reconnect with educators from earlier conferences and to meet new people. I am still trying to pick up techniques and ideas from other educators to use in my Clarke Scratch Club this coming year.

In an amazing coincidence, this evening as I was coming home from the Conference on the T, I ran into one of Tom’s friends who was in Scratch Club the first year. He was also one of the first high school mentors to help with Scratch Club when they moved on from middle school. This summer he’s a camp counselor teaching Scratch and Java to 9-12 year olds. He told me that this summer he’s really come to appreciate Scratch as a tool for introducing youngsters to the concepts of programming, and how once they have Scratch under their belts, Java doesn’t seem quite so intimidating.

On the train this evening he also thanked me. At the time he just thought Scratch Club was fun, but now he credits Scratch Club with setting him on the path he’s taking, majoring in Computer Science at RIT. He’s the first Scratch Club alum to do that, and it’s very special.

In case you’re wondering the image above is from a Scratch-WeDo Chain reaction workshop we did yesterday. The full video isn’t up yet, but you can see a excerpt and more pictures on flickr. 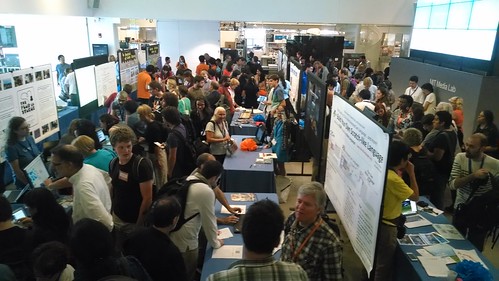