I’ve been doing a lot of work on the rear end of the Westfield recently. The differential has been in for a while, but I didn’t have the axles in until last weekend.

Miatas come with two different types of axles. There’s the older two piece style, which looks like this: 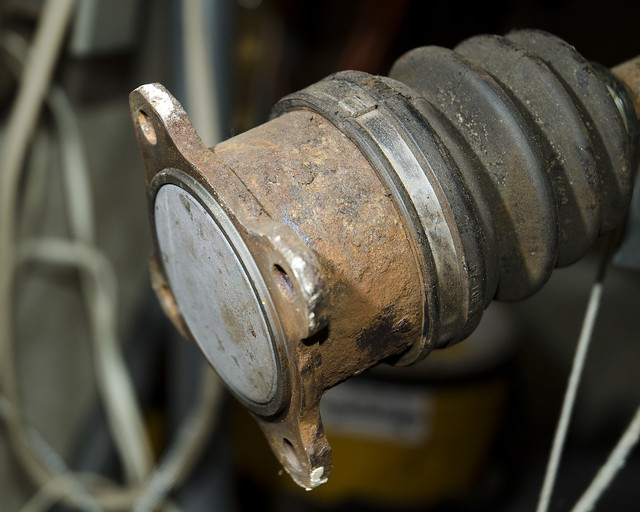 and the newer one piece style which looks like this: 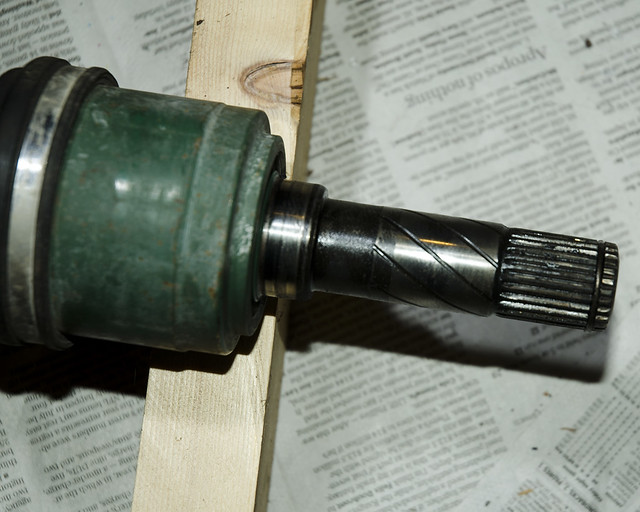 The difference between the two is this thing, which is called a “stub axle”. 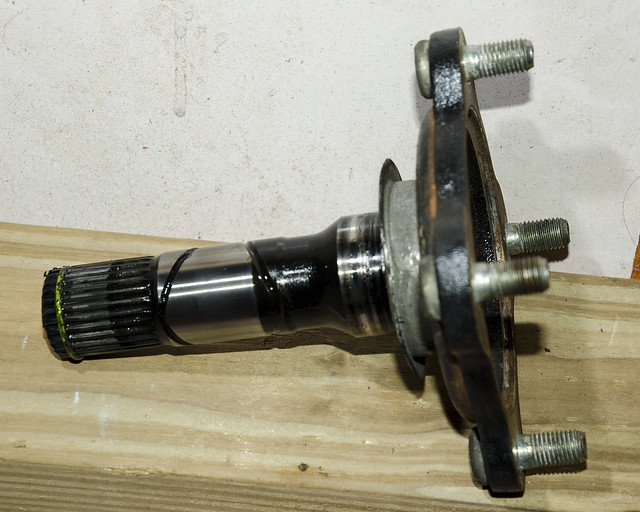 The end on the left plugs into the differential and the studs on the right bolt to the end of a two piece axle. If you want to use a one piece axle, you need to pop the stub axles out of the differential. That was kind of an interesting job. It takes a big crowbar and a bit of force, but you don’t want to bang on anything too hard.

Once the stub axles were out, the new one piece axles popped right in. 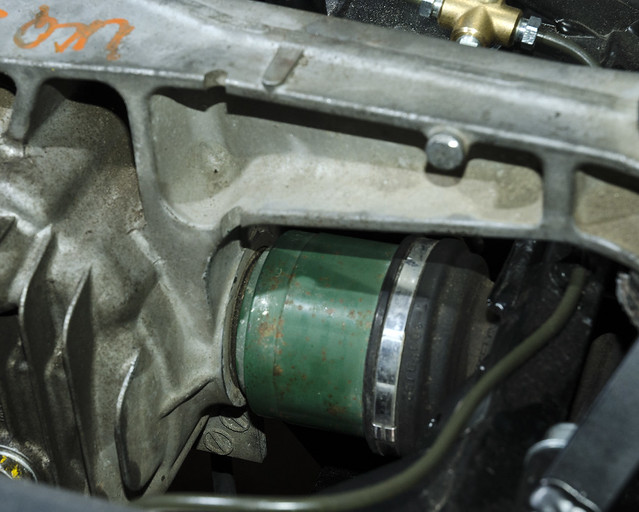 The reason for switching to the one piece style was that I could use ones with these ABS sensor rings. 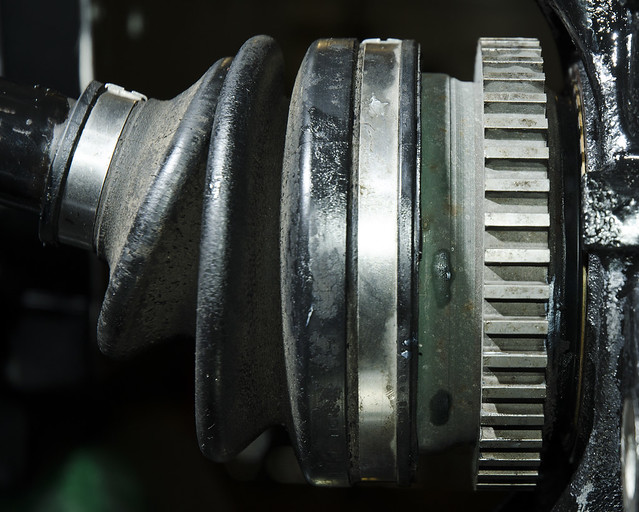 I’ll be able to use those to install wheel speed sensors at each corner for data logging.

Once that was all done, I loaded the differential up with a load of Red Line GL5, and started on the fuel system. That meant mounting the foam lined straps which hold the tank, … 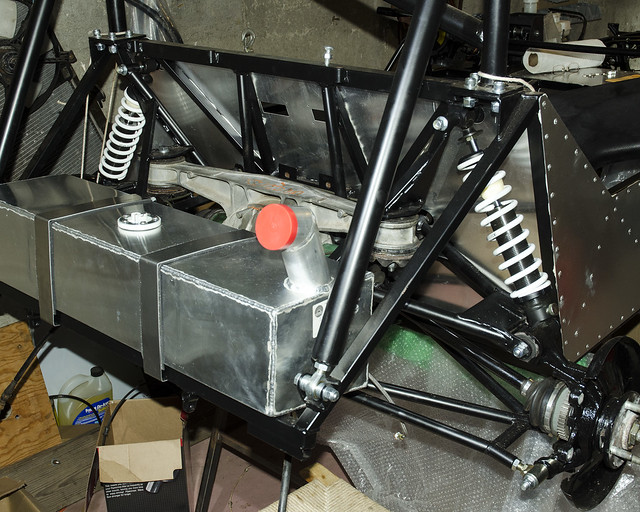 mounting the fuel pump underneath with a couple of rivnuts, … 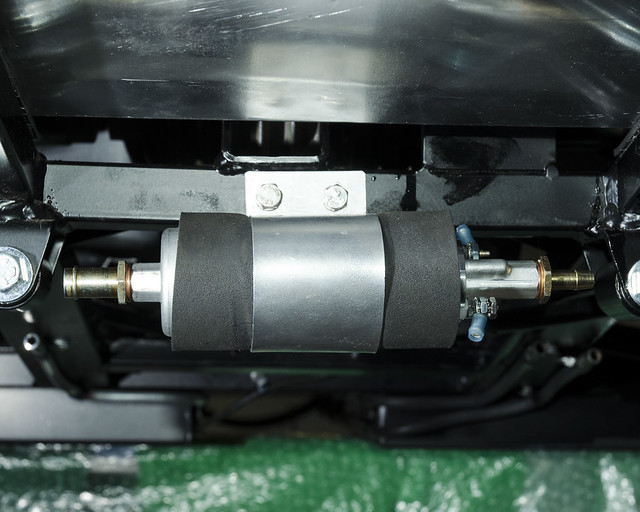 and tucking the fuel filter under the right axle with two more rivnuts and the bracket from the Miata. 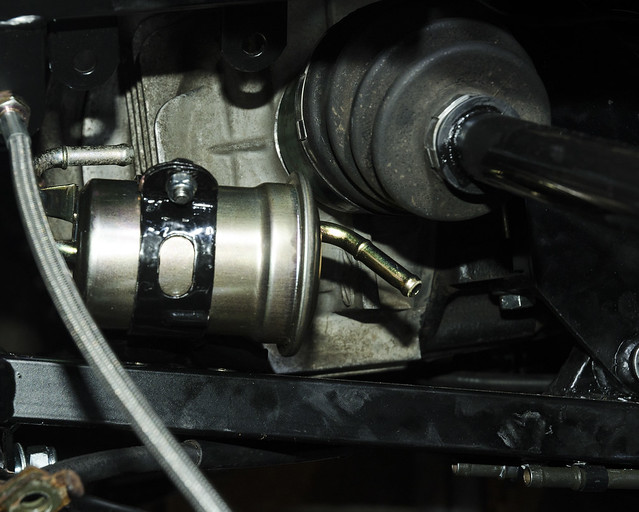 In addition to all of this, I drilled the hole in the firewall for the steering column this weekend.