The next big piece of work on the Westfield is the wiring harness. Since that will need to go up under (and through) the scuttle, I’ve been working on making that fit. There’s a bunch of fettling to do around the pedal box. This isn’t really covered in the build manual because the RHD version is completely different in this area. So I was kind of winging it. I think it worked out pretty well though. 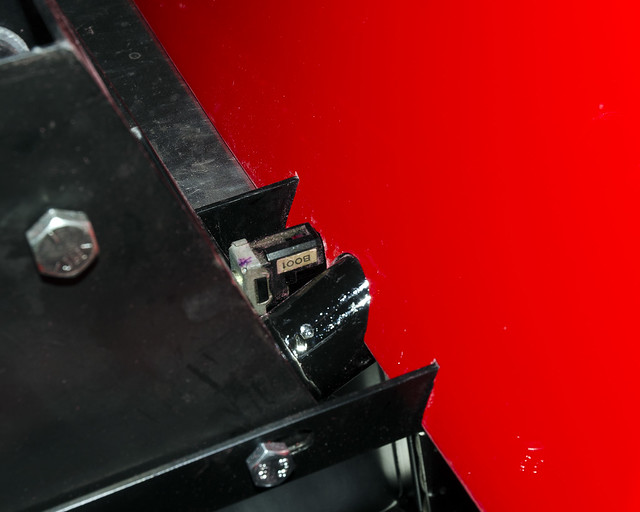 Those two parts in the middle are the steering column and the brake light switch (which was another adventure I should write up soon). The scuttle needed to be cut around those, and those two rails which hold the pedal box. After that I needed to cut two big 70mm holes where the wiring harness will pass into the engine bay. That was pretty exciting. Those were my first big cuts in the fiberglass. There’s a few more to go though. I also made a little folding shelf for the ECU, and started adding a few more panels around the tunnel.

To make sure that I had the scuttle positioned correctly, I needed to test fit some of the other body parts. As long as I was doing that, I clamped the nose cone on to get an early idea of what it’s going to look like when it’s done. The result looks like this: 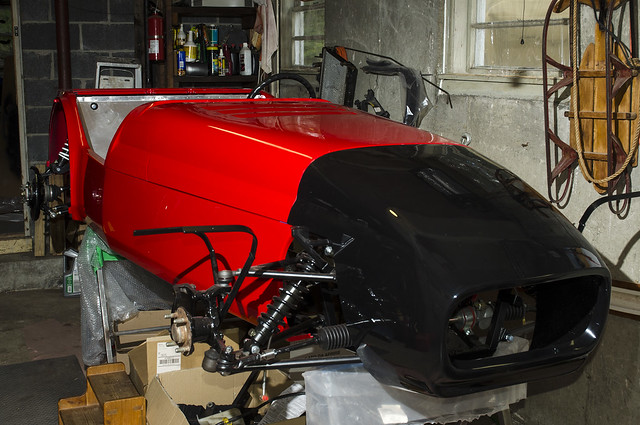