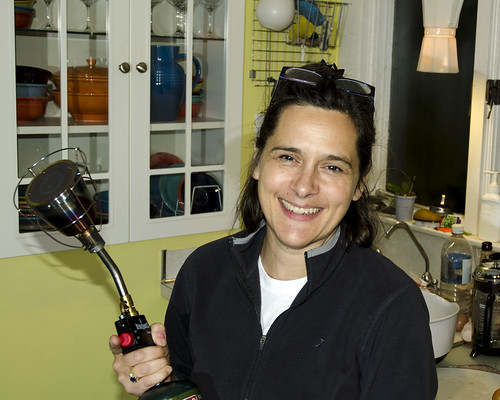 You may remember that last Christmas I got the Anova immersion heater circulator, and I’ve used it for cooking fish. One of the jobs that it’s supposed to be really good at is cooking steaks to the perfect level of doneness based on your preference. But when you cook a steak this way it doesn’t get browned on the outside. So you end up having to quickly sear the meat in a frying pan after it’s done. That is, you have to do that if you don’t have a Searzall! The Searzall Kickstarter came out right around the time that I got the Anova, so I backed it. A few weeks ago my Searzall arrived, and I’ve been itching to give it a try. 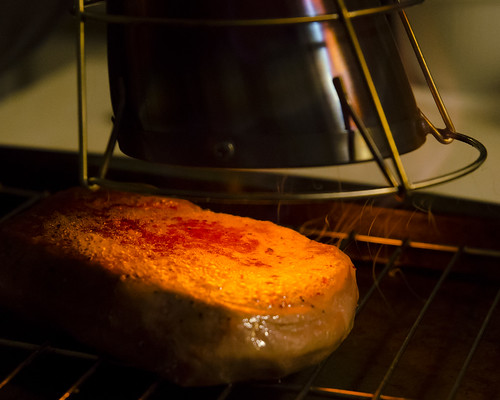 After cooking the steaks to medium-rare, the searzall put a great sear on them – although I need to work on my technique for getting the fat all crispy.

Of course, as long as I was going to be searing the steaks I had to figure what else I could sear as well. Crème brûlée is something I’ve always wanted to try, but was afraid to do with a naked propane torch. It came out great with that typical crunchy crust. Now I just need to see what else I can melt with it. 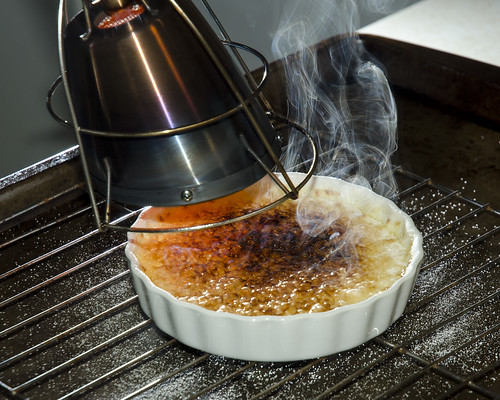