It’s Thanksgiving. In addition to pumpkin pie we usually have a pecan pie. 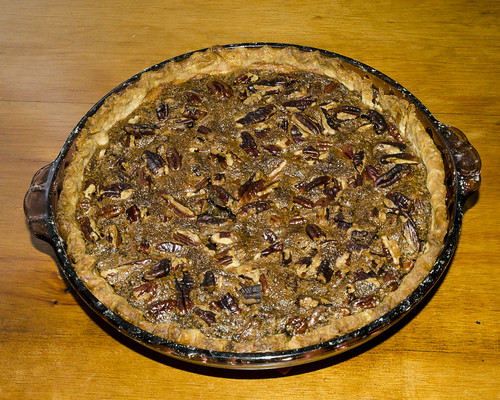 I’ve been using the same recipe since I was in college. It comes from an old notebook where I used to write down recipes I wanted to try. At the end of freshman year it turned out that I hadn’t used very many pages in my chemistry notebook. Being a frugal kind of person, I ripped out the few chemistry notes, and turned the notebook into my recipe book. That summer, I copied down recipes from my mother’s cookbooks that I wanted to use when I got back to school. I still have the notebook, but it’s looking a bit the worse for wear. The pages for a lot of our favorite recipes have fallen out, and the ink is fading. This is what the pecan pie recipe looks like. I think I had better handwriting back then too. 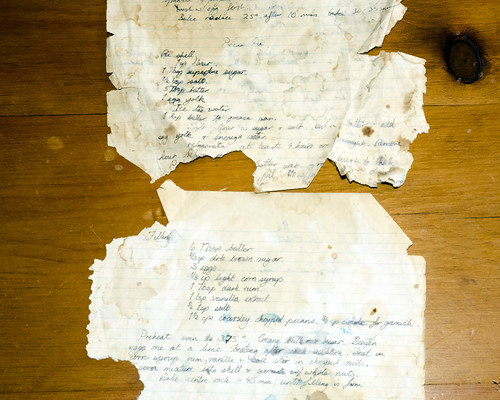 So it just seems like it’s about time to record it online as the paper is becoming unreadable. At some point I stopped making the pasty (which calls for an egg yolk in the dough) as it was very hard to work with. I just use a standard short crust blind baked shell. Here’s the recipe for the filling.