Three garage days in a row was exactly what the doctor ordered. I got a lot done on the car this weekend.

I started out by building a new bracket for the fuel pump. I had decided that I didn’t like the one that came with the kit (that’s the one on the left). 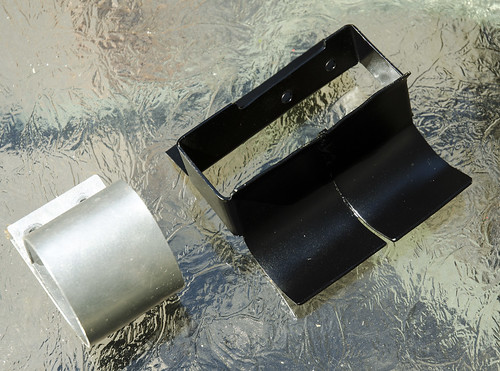 I wanted one that would do a better job of holding it clear of the rear suspension. This is what it looks like mounted. 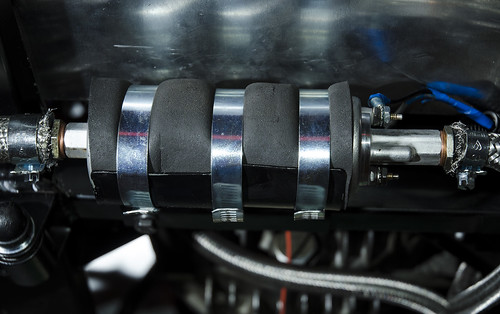 After that, I turned my attention to finishing off the bodywork. The last bit was the pins that hold down the front of the bonnet. They look like this: 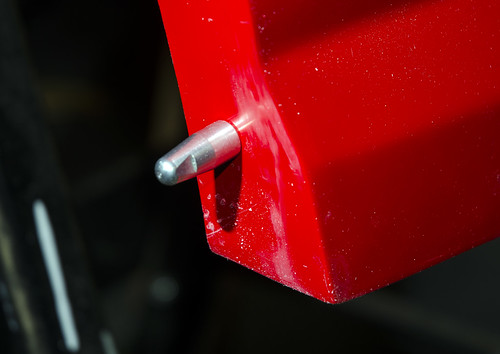 They stick into grommets in the back of the nosecone. I still have to add the catches at the back of the bonnet, but that shouldn’t involve any fiddly adjusting like the other bits.

But then I got to the big event. Peter, Chris, and I took the car from this: 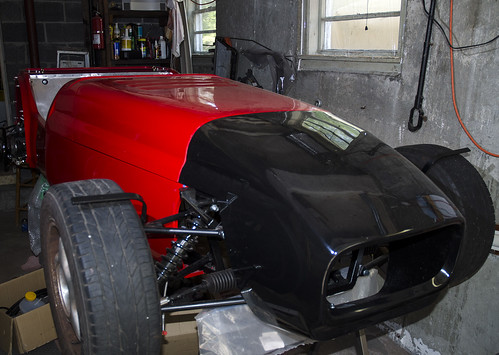 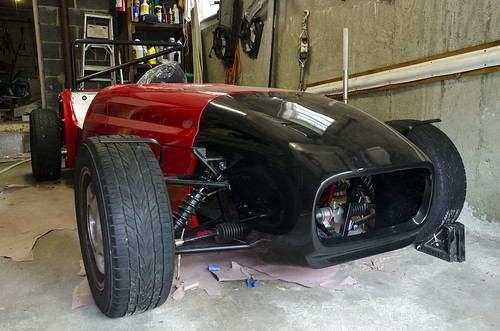 That’s right, it’s down off the build stands and standing on its own tires for the first time! It looks really cool. It’s amazing how small it is. Ignoring the rollbar, it’s only about 30″ tall.

After that, I started on some smaller jobs, like getting the rollbar struts installed mounting the grill in the nosecone, and starting on the windshield wipers. That last one will require a bit of fettling still, but once they’re done, I can put the engine in!