I needed to do some work on the shifter because of this rip in the boot: 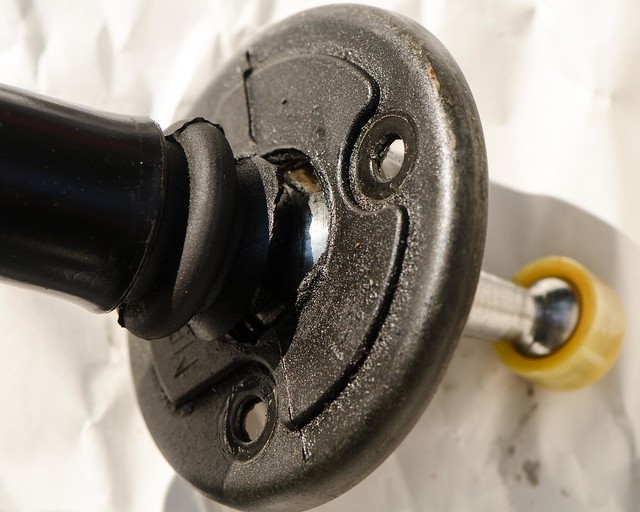 When I had it apart, I found this: 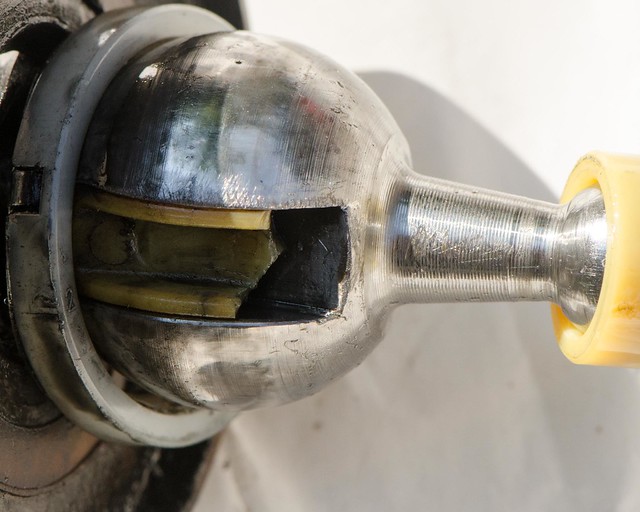 That little white bushing in the slot should be symmetric. A piece had broken off. You can see the rough, broken edge on the right side.

That’s obviously not good. The missing piece had to be inside the shift tower somewhere. It was probably waiting to jam things up late some night on a dark road. I really needed to find it. So I spent a lot of time poking around in there with lights, and tweezers, but I just couldn’t find it. I was getting ready to give up and forget about it when Tom asked what I was doing. So I opened it back up to show him. As long as I had it open again, I figured I should do a little more poking around. Guess what I found hiding in a corner this time! 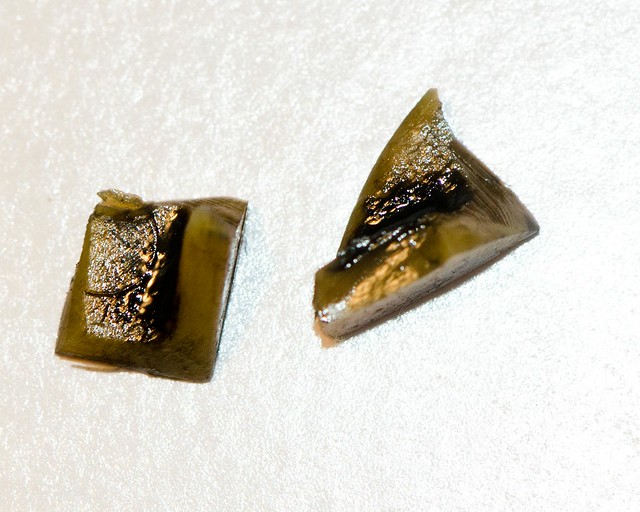 That was nice! After that, I cleaned everything up, installed new bushing and a new boot. Then it looked like this: 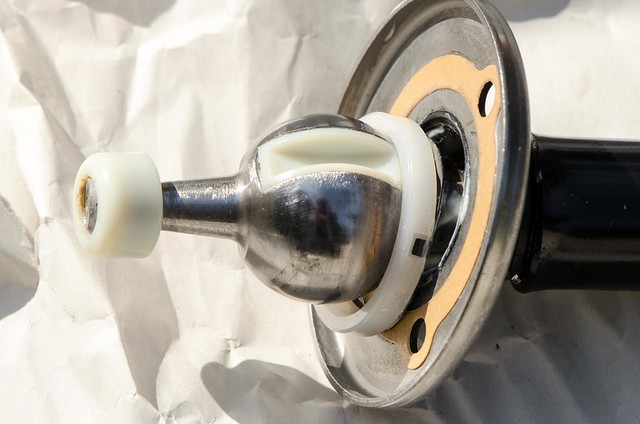 Doesn’t that look nice? Now it’s all closed up, and that job’s done.