We did the next step on the dashboard today. If you’ve been following along, you know that it’s made out of hammerformed aluminum. But it still needed some sort of finish. I could have painted it, or engine turned it, but I went with a different approach.

The original Lotus 7 had an aluminum dashboard with red vinyl over it. A lot of modern 7’s have a carbon fiber dashboard. So I thought I’d combine the old and the new by using a carbon-look vinyl over aluminum. I got a sheet of 3M 1080. Then we cut a piece out and laid it onto the dash. 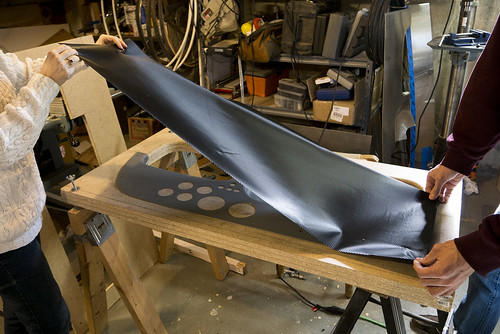 Next we used spreaders to press it down onto the flat part of the dash. 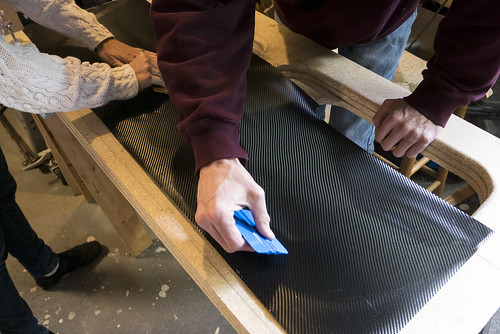 Once that was stuck on pretty good, we started working it into the pocket that will go in front of the shifter. This is where it really became a two person job. We also needed some heat to help the vinyl stretch into the pocket. 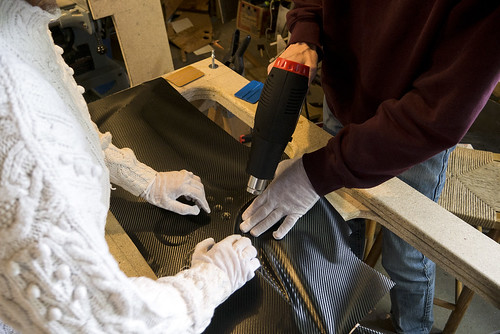 We slowly worked in down into the pocket. You need to give it enough heat, but not too much. 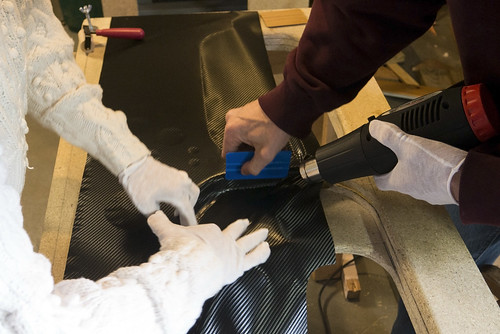 Eventually we had it tight through the corner. Then we had to start working it around the radiused edge below the pocket. 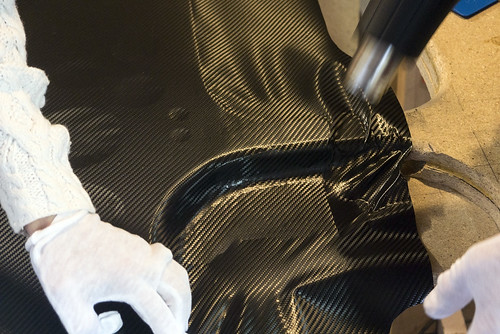 Once that was done, we did the same thing to fit it around the radiused edge above the other footwell. 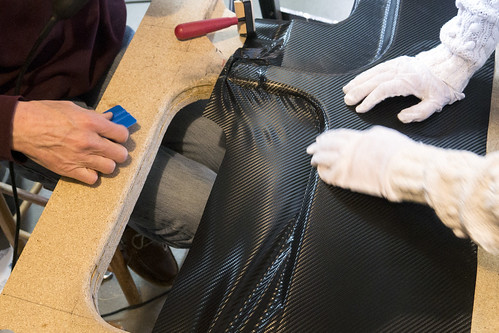 Then we spent quite a bit of time going over it with spreaders, rollers, and a pouncing brush to make sure it was adhering tightly to the aluminum.

The next step was to start trimming. 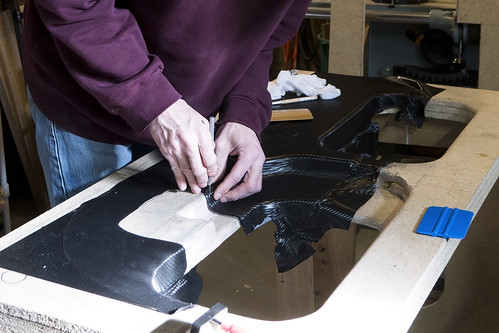 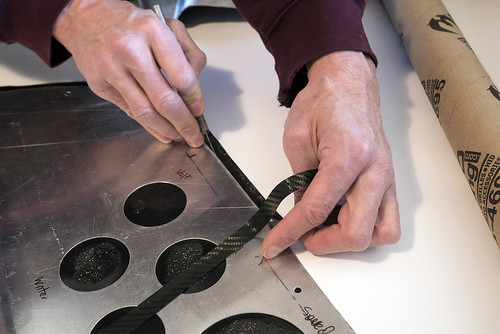 But eventually it was all done. There’s still a little detail work to do around the edges, but here’s a quick preview of what it’s going to look like in the car. 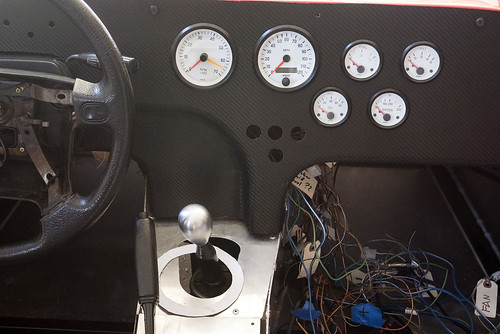 We had a lot of fun doing this, and now I’m looking around and seeing all sorts of other things that could use a nice wrapping!