The Barth Sextic is an interesting surface that’s often used to show off rendering software. I used it in this post on my MathWorks blog when I was talking about how to render implicit surfaces in MATLAB Graphics.

It’s hard to render because it has what are called double points. It’s also a challenging shape for a 3D printer. So today I made this: 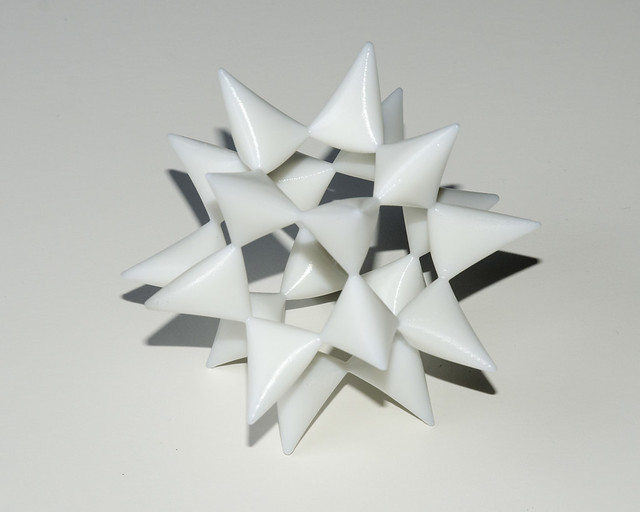 I think it turned out pretty well. I created it with Matt Keeter’s Antimony, and then fattened up the nodes a little using Meshmixer. I used the automatic support generation in PreForm, which ended up looking like this: 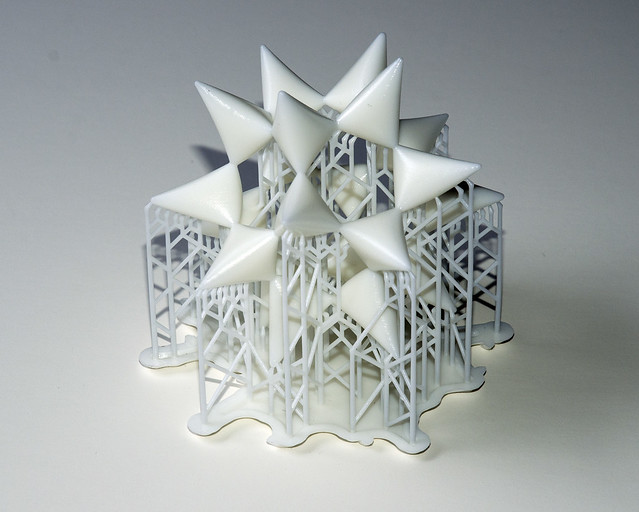