Chris & I are living in Budapest for a couple of months while I help get the new Formlabs office there up and running. Our new address is Bródy Sándor utca.

The word utca means “street”. An avenue, or a street wide enough to have tram tracks down the middle would be a út. Bródy Sándor was an author. I’m afraid I’ve never read him, because very little of his work has been translated into English.

A lot of the streets in our neighborhood are named after authors. It’s sort of a gentrifying neighborhood full of cafés and bookstores. Our apartment is in this amazing old building. There’s another building across the street that’s currently being rehabbed. It has this cool statue of a chimney sweep over the door: 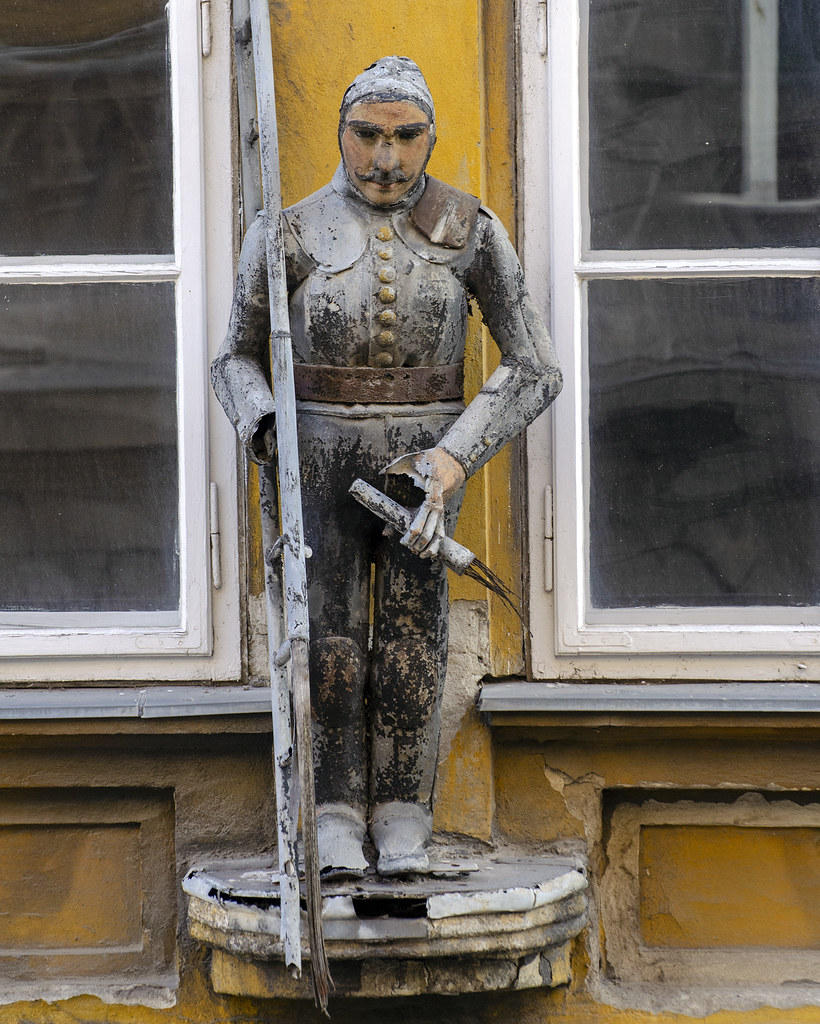 He kind of peers across into our window every morning when we wake up. The crew that’s rehabbing that building is kind of interesting to watch. One morning they showed up with a little dump truck. It was small enough to get through the arch into the courtyard, but they couldn’t turn sharp enough to get it lined up. So they gathered a bunch of big guys together, and with a lot of yelling, picked it up and rotated it 90 degrees.

You can find pictures of our Budapest adventure here. We’ll continue adding to that album.