After we walked along the land walls in Istanbul, we walked through the Fener neighborhood … 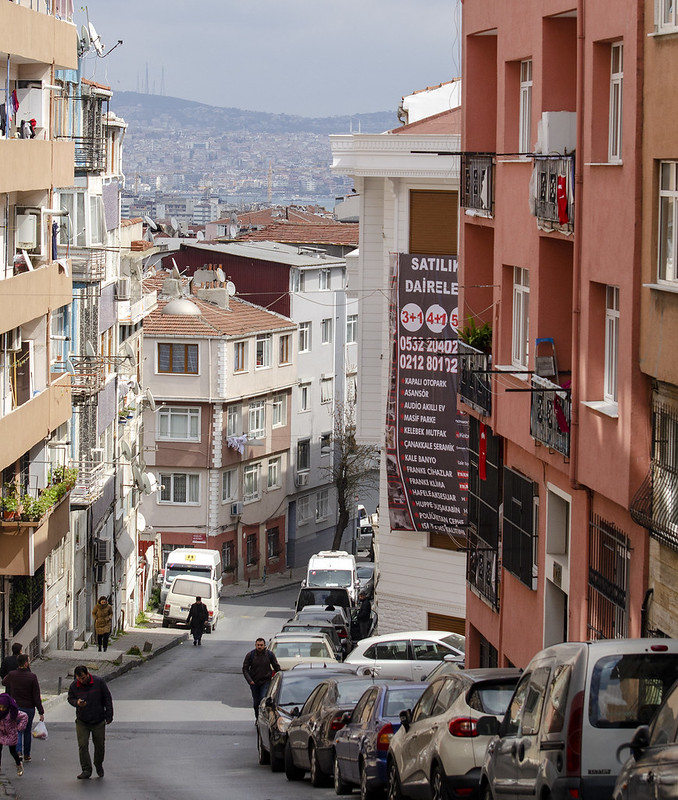 … with this dog following us most of the way for some reason. 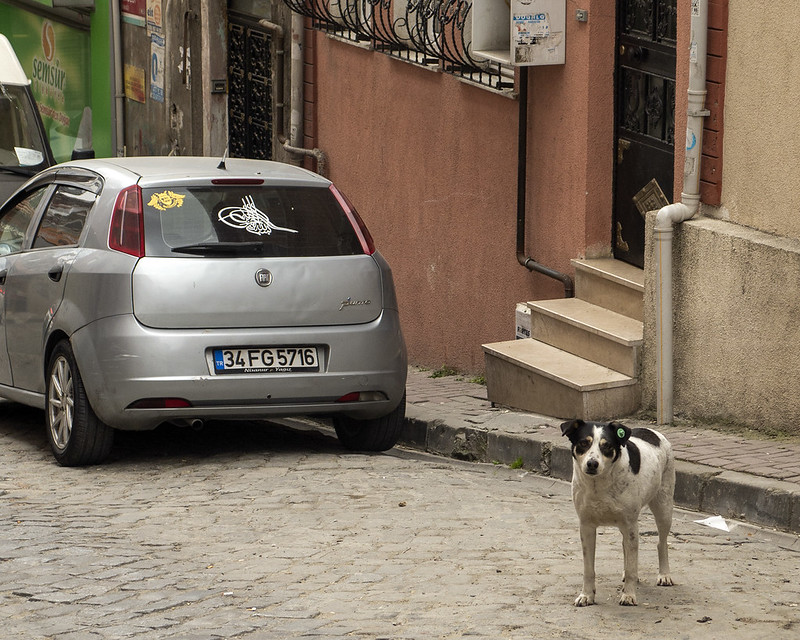 We visited the Chora museum. It’s undergoing a lot of work at the moment, but the mosaics you can see are just amazing. 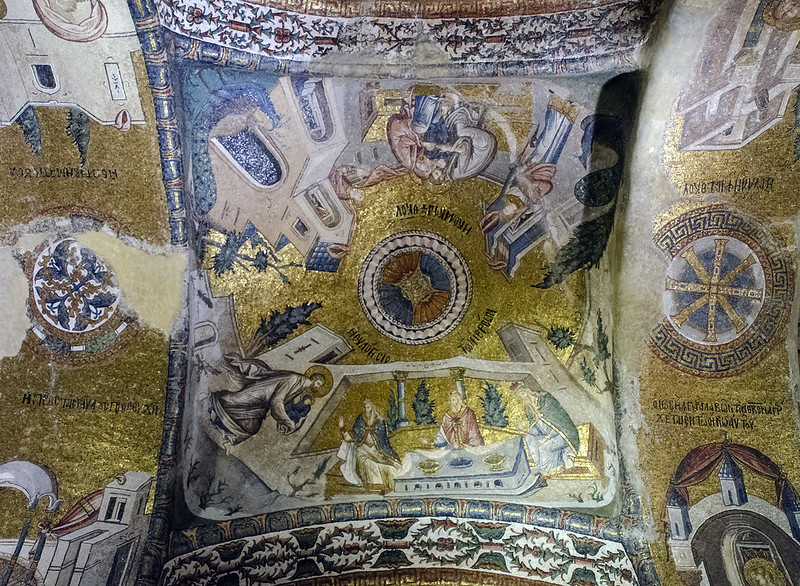 Continuing on, we passed the Valens aqueduct … 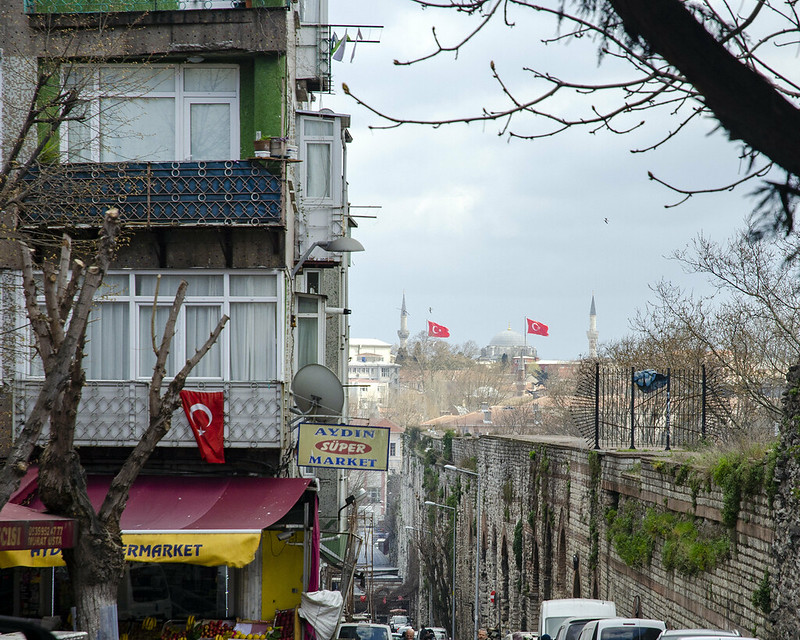 … and continued on to the Süleymaniye mosque. 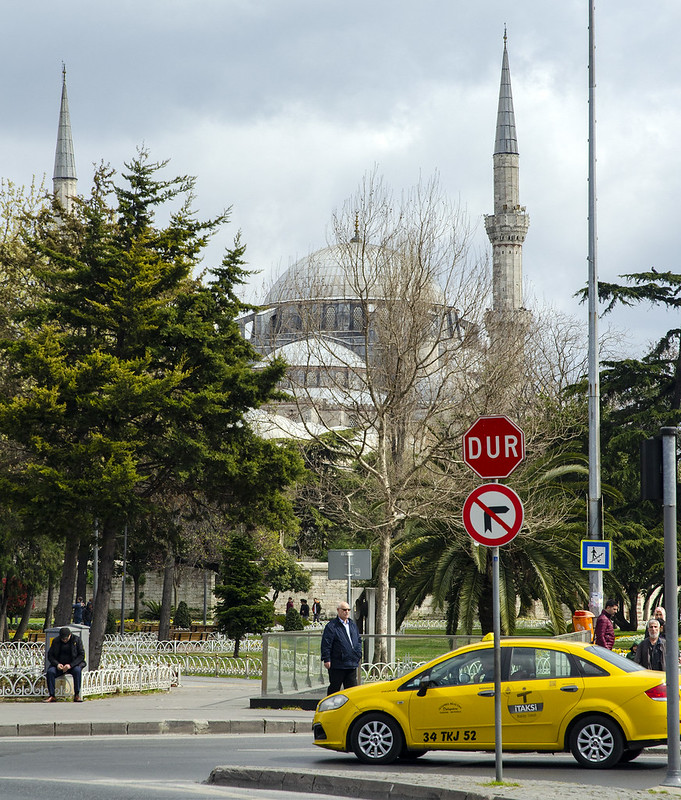 This mosque was built for Suleiman the Magnificent, and designed by the architect Sinan, when both of them were at the peak of their powers. Suleiman had recently conquered Baghdad, and Sinan had finished the first of his major mosques. The mosque Sinan built for Suleiman is just amazing. He based the shape of the dome on his studies of Hagia Sophia, but came up with a clever way to almost completely hide the buttresses. The result is that the enormous dome seems almost weightless. 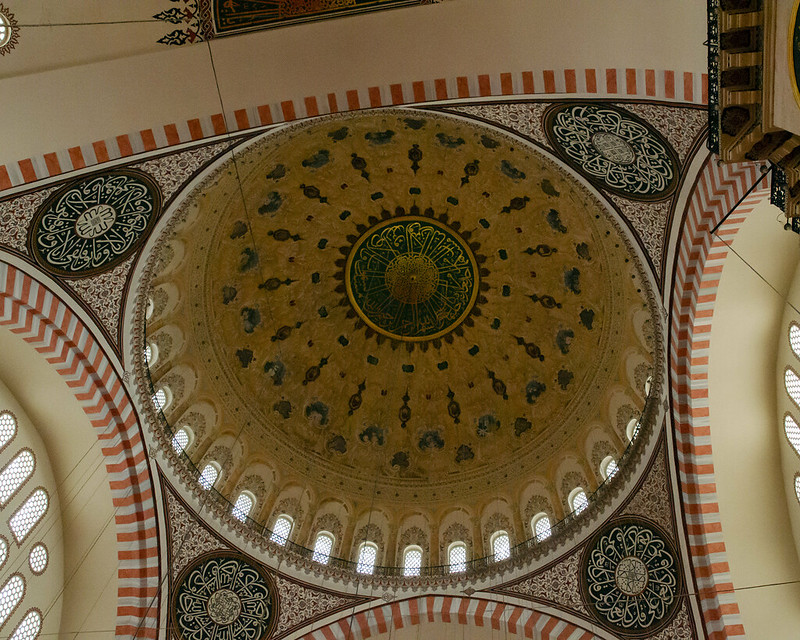 The decorations are subtle and use light to emphasize the openness. The massive columns have notches in them which make them seem smaller than they really are.

In the mosque, there are a number of helpful young women who will answer any questions you have, and explain all of the details. For example, one was explaining why there are ostrich eggs hanging from the chandeliers. 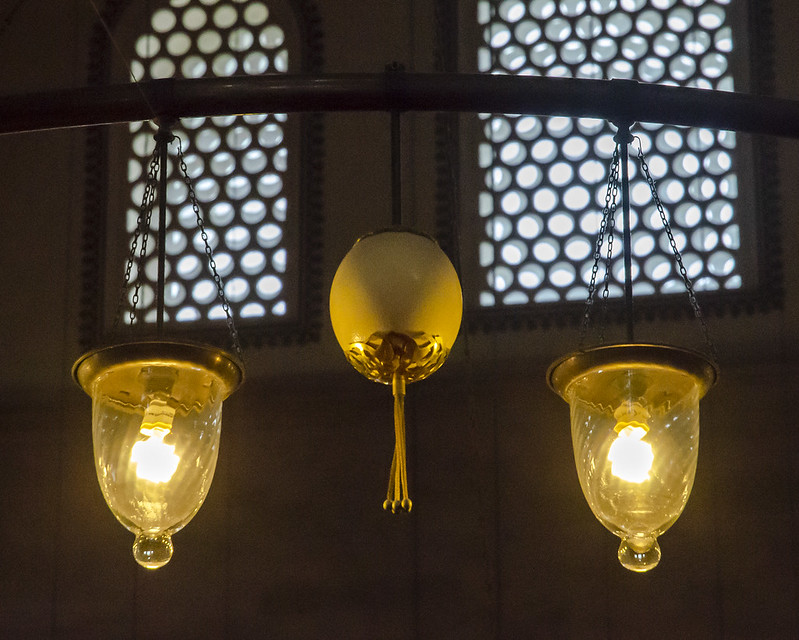 Apparently, the idea is that the ostrich eggs will keep insects and other vermin out of the building. They don’t allow cats (or other animals) inside, so they needed the eggs. Cats are certainly allowed out in the courtyard though: 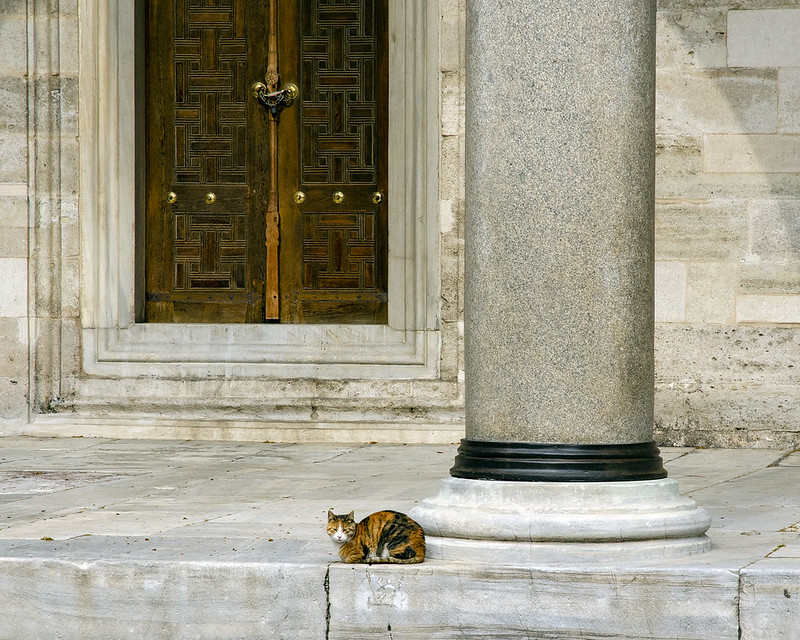 And the courtyard appears to be a wonderful place for a cat. The complex of tombs and schools and courtyards extends for several city blocks. And all of it has the most amazing view across the Golden Horn. 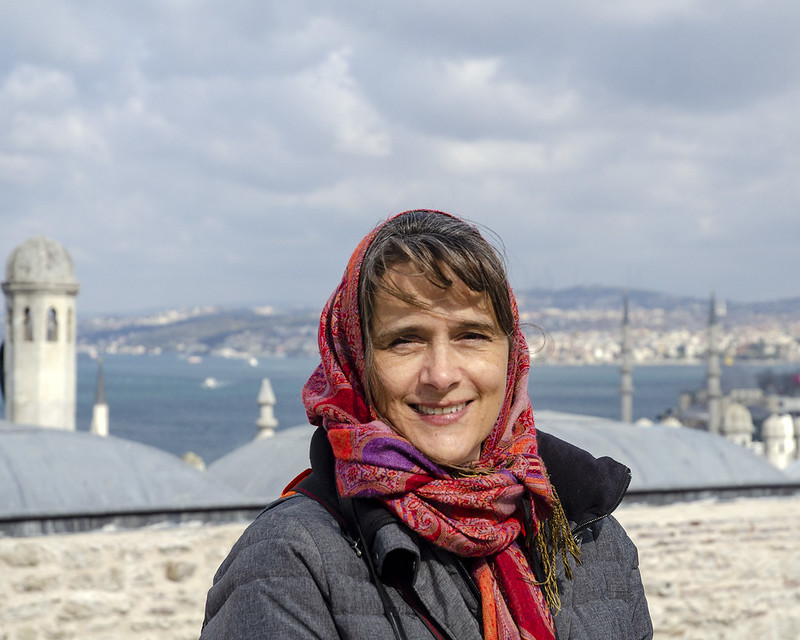 We really enjoyed our visit.