Last weekend we were in Istanbul. It was an amazing experience, and I’ll probably have a couple of posts about it. But I want to start with what we did Sunday morning. We took the tram out to the seventh hill and walked the land walls of Theodosius. 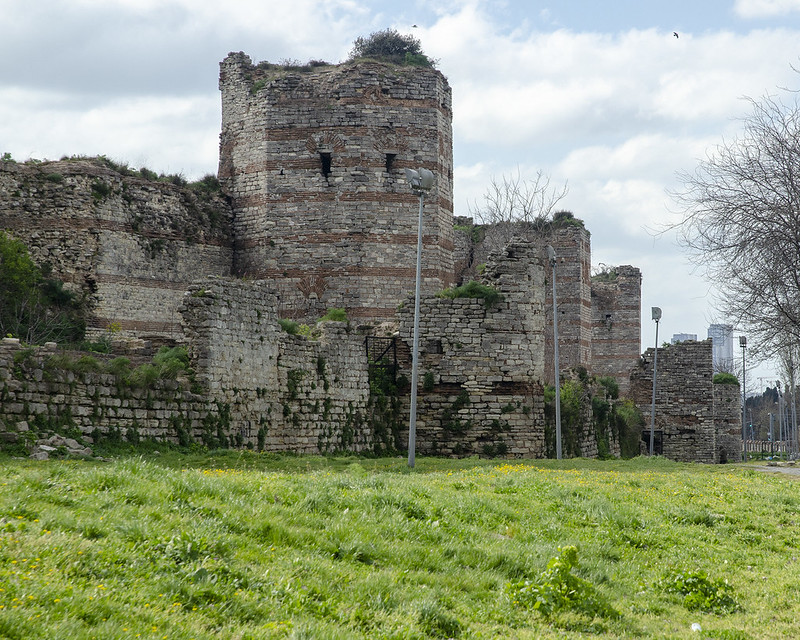 Ancient Byzantium was protected by some very impressive defensive structures. There were the sea walls, which are a string of fortifications that lined the coast all around the city. You can still see them in several areas.

The city is on a peninsula, so the sea walls covered two of the three sides. The final side was closed off by the land walls. As the city grew, a series of new land walls would be built further and further out. The first walls that you can really see any trace of now are the ones Constantine built around 330. But the really impressive ones are the ones that Theodosius built after the earthquake in 448. These protected the city for a thousand years, and are still an very impressive sight today. 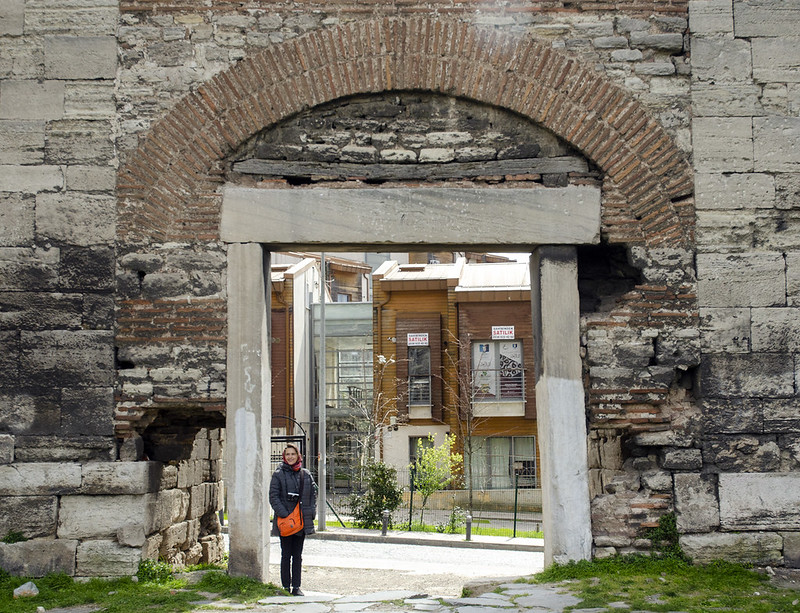 Unfortunately, one stretch of the wall is currently owned by a pack of wild dogs who seemed to object pretty strongly to our visit: 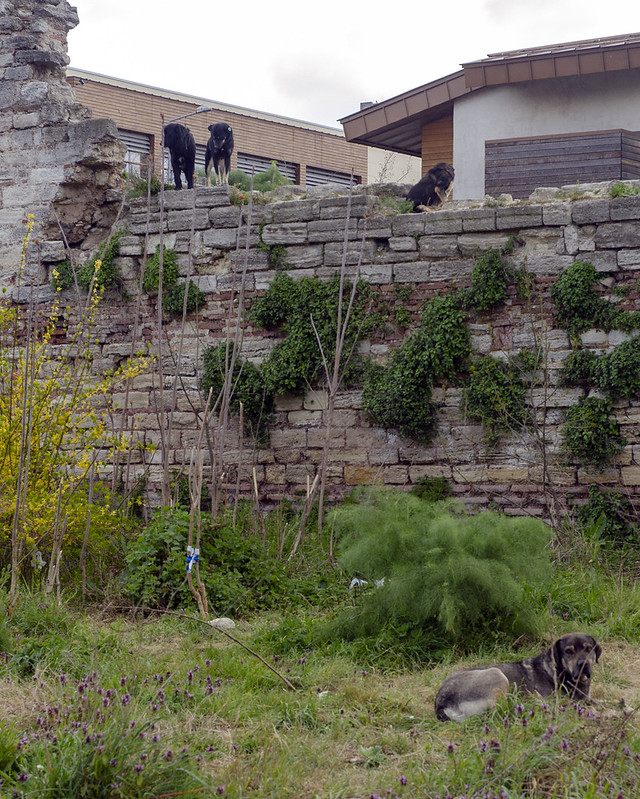 We decided to make a strategic retreat and proceeded along the other side of the walls for a bit.

Imagine the history that passed through these gates over the centuries: 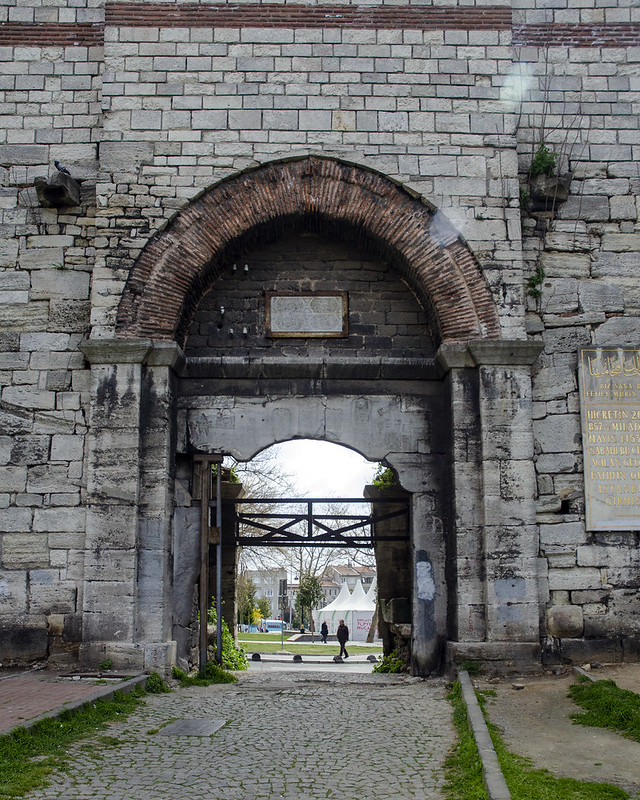 Of course, the victors write history, so the memorials along the wall are about the men who finally broke them down in 1453. 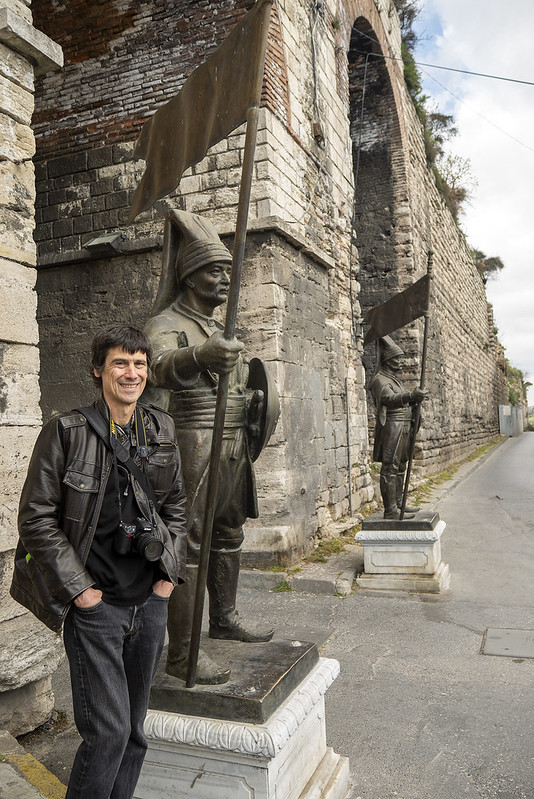 It was an amazing sight after reading all the histories of that night. 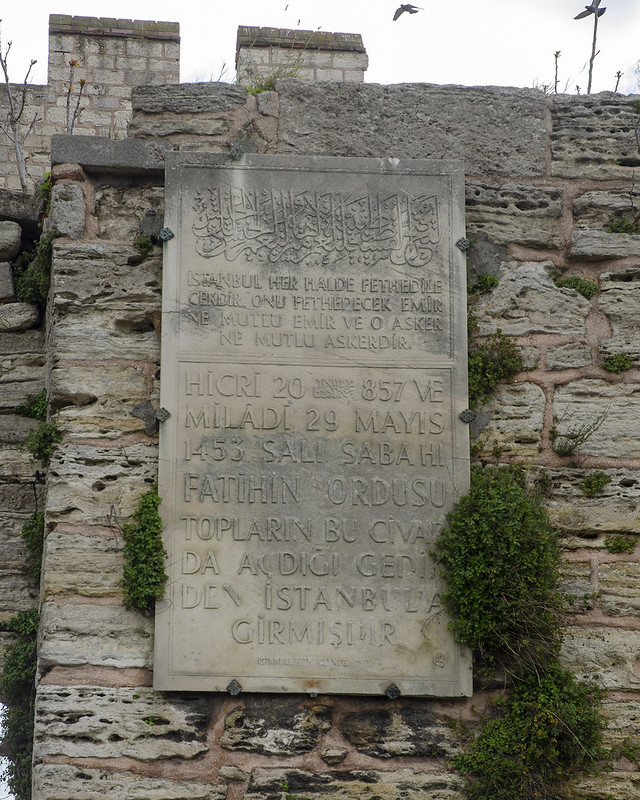