This package came from England the other day. 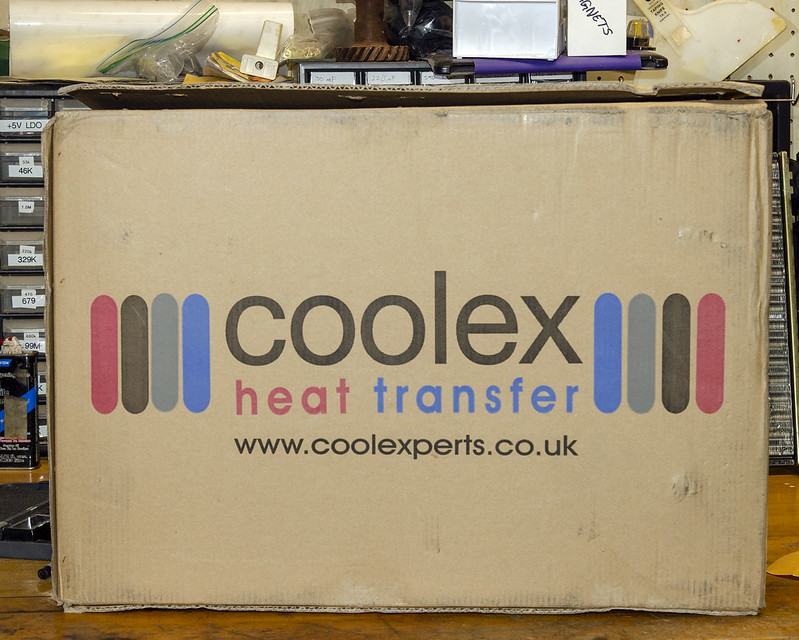 So, what’s inside? The piece I was waiting for to finish off this winter’s projects: 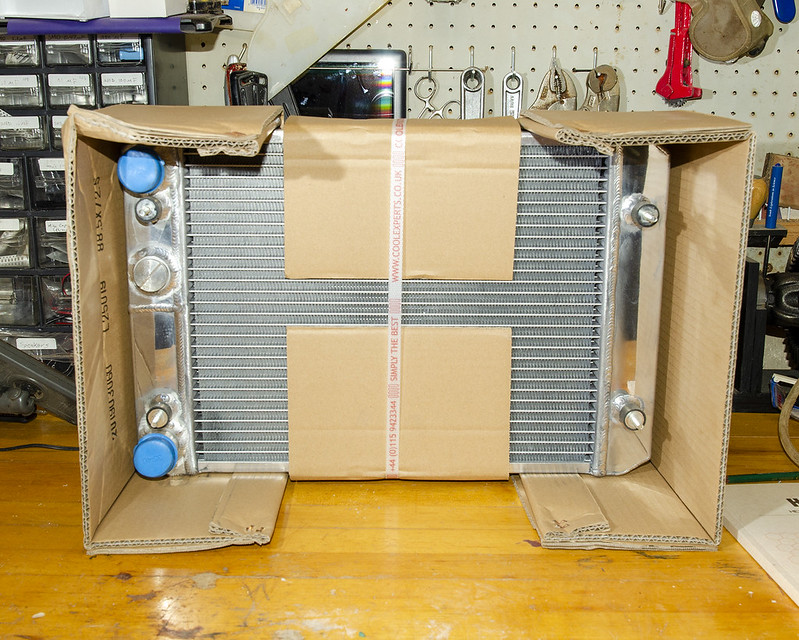 This is a new radiator from Cooling Experts. The Westfield uses a radiator out of a Volkswagen Polo. It’s kind of cheap junk with aluminum (or aluminium I guess?) tubes crimped onto plastic headers. It’s given me a few headaches, so I decided to do what all the cool kids do and upgrade to a custom welded one.

It went in pretty well: 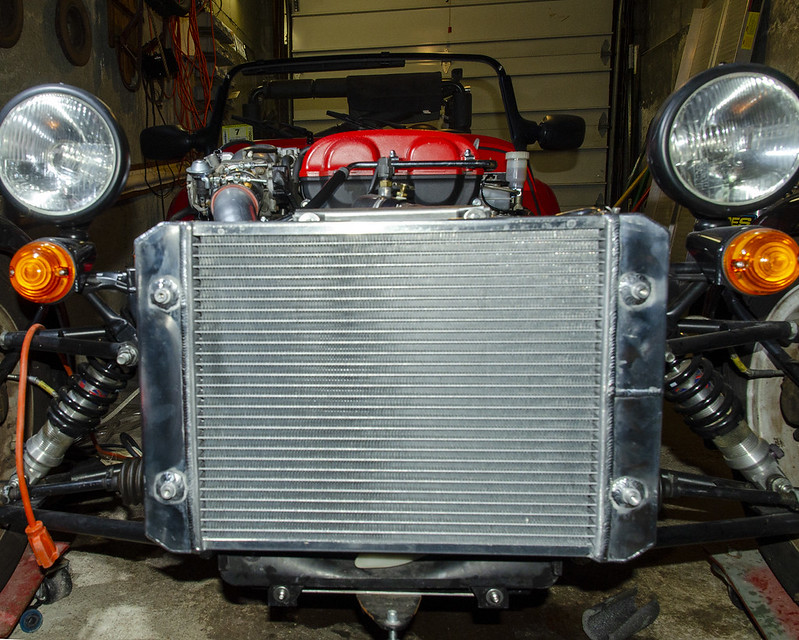 But while I was at it, I mounted this one on rubber bobbins, like this: 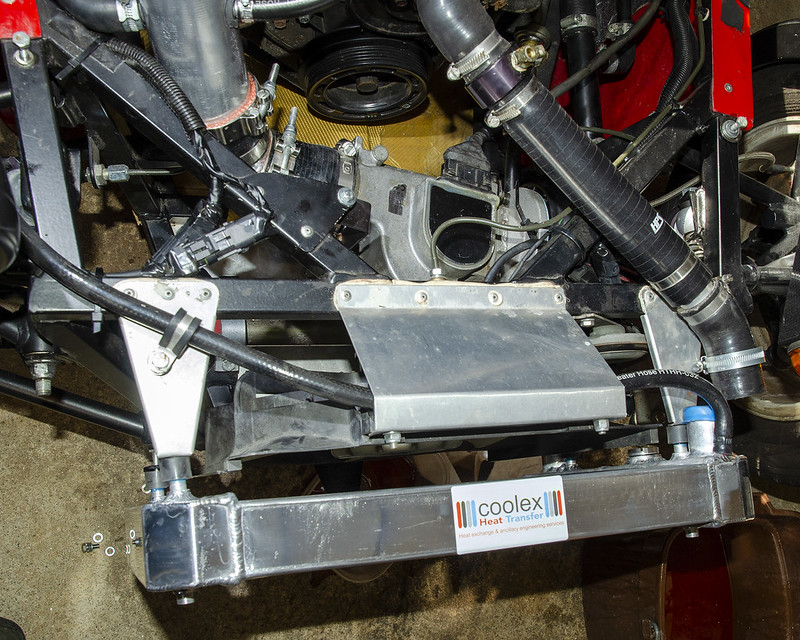 That meant that it’s about a half inch ahead of where the old one was. That meant that I needed to fab up some brackets to move the fan forward by the same amount. As long as I was doing that, I figured it meant I had enough room to squeeze in a larger, and louder, horn. 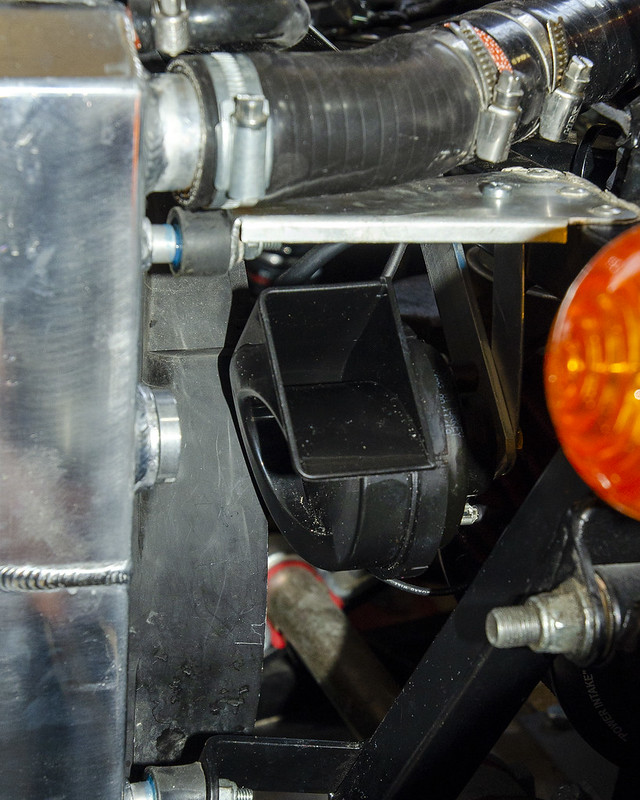 That’s important with this car, because a lot of SUV drivers are apparently incapable of seeing it. I’ve heard similar things from motorcycle riders. Apparently you just don’t register on their search pattern for things you might see on the road. I often have to warn off people who’re driving straight at me. That’s been tough with the wimpy little stock Miata horn that was in it.

The other big project this winter was in the same part of the engine bay. When I was finishing off the intake system for the MAC inspection, I left behind this one horrible bodge that really bothered me: 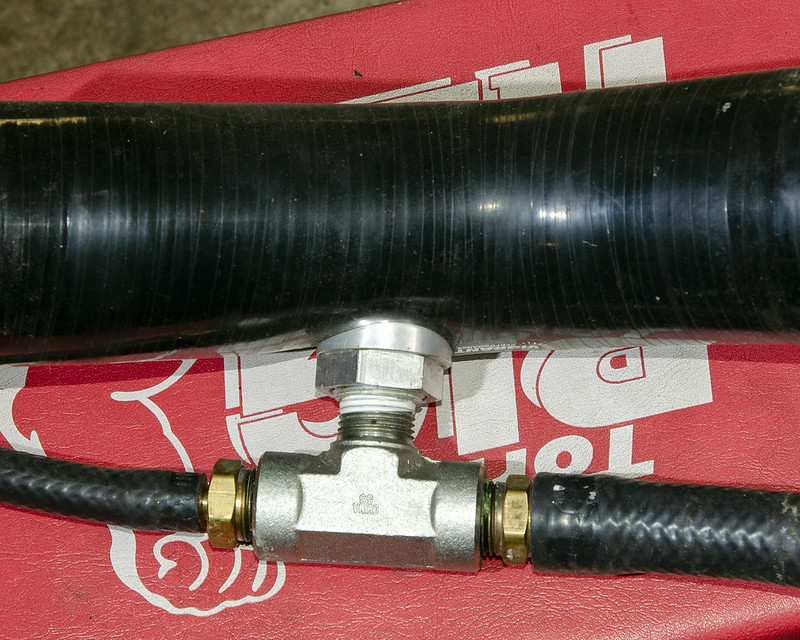 It was good enough to get everything working by my inspection date, but it has been bothering me ever since. So this winter, I made a proper intake: 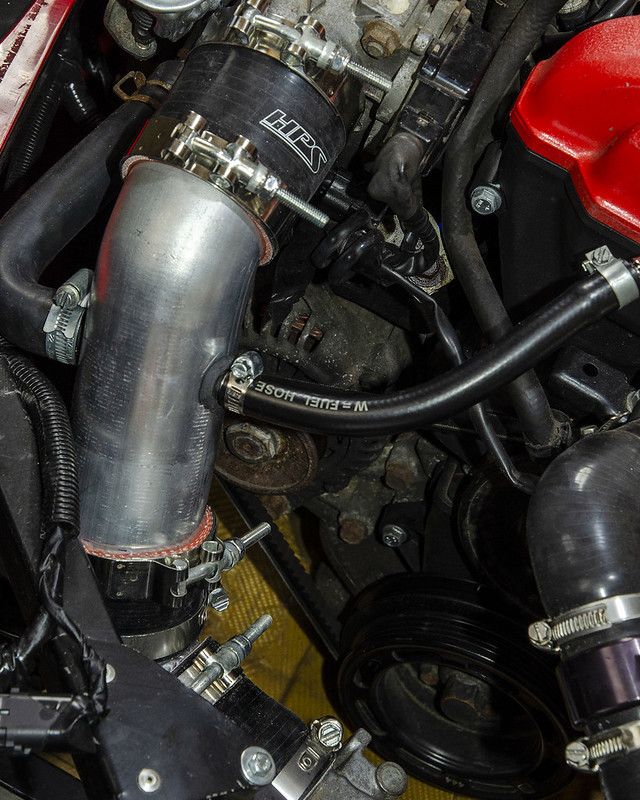 Again, that required a bunch more brackets. But this weekend I finished all of that and started getting the front of the car all put back together. It’s starting to seem like spring might be coming.