I was cleaning out a closet the other day and discovered another bit of ancient Stellar/Stardent junk. 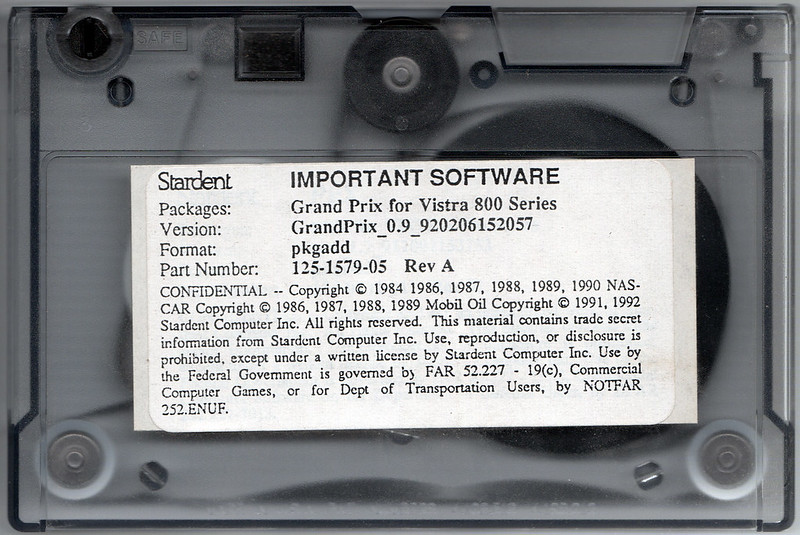 I wrote a lot of the early graphics demos for the Stellar. There were ones like a simulation of a vibrating drum head, a lathe program that showed off our 3D texture mapping, and a really neat image warping demo.

One of my favorites was a Formula 1 simulator I wrote called grandprix. It was sort of the Stellar Computer analogue of SGI’s flight. The GS1000 was lucky to hit 100,000 triangles per second, so the graphics budget was pretty limited. But I was pretty serious about the physics, and I built maps of all of my favorite tracks. It was a lot of fun to try and set best lap on Île Notre-Dame Circuit (now Circuit Gilles-Villeneuve), although the cars were kind of tough to control with a mouse and keyboard.

I thought all of those demos were long gone, until I found this. This is a QIC tape of a port I did of that demo when we were developing the Warbler (aka Vistra 800). We never shipped this version, but we made several tapes like this for our friends using the standard Stardent label format. It’s kind of funny to see it again. I have a warbler in the attic. Maybe this is enough incentive to try and get it running again.