Chris & I just got back from Belize. We had a great time snorkeling, exploring Mayan ruins, and eating!

Belize is fronted by the Mesoamerican Barrier Reef. That’s the second longest barrier reef in the world. It’s an amazing sight. 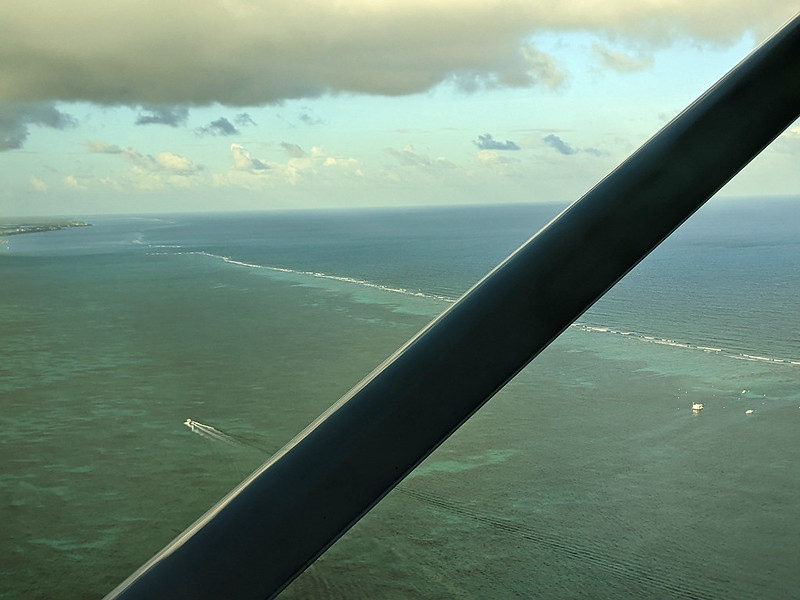 The area behind the reef is sheltered from the biggest waves coming in from the Caribbean, and is dotted with beautiful islands. 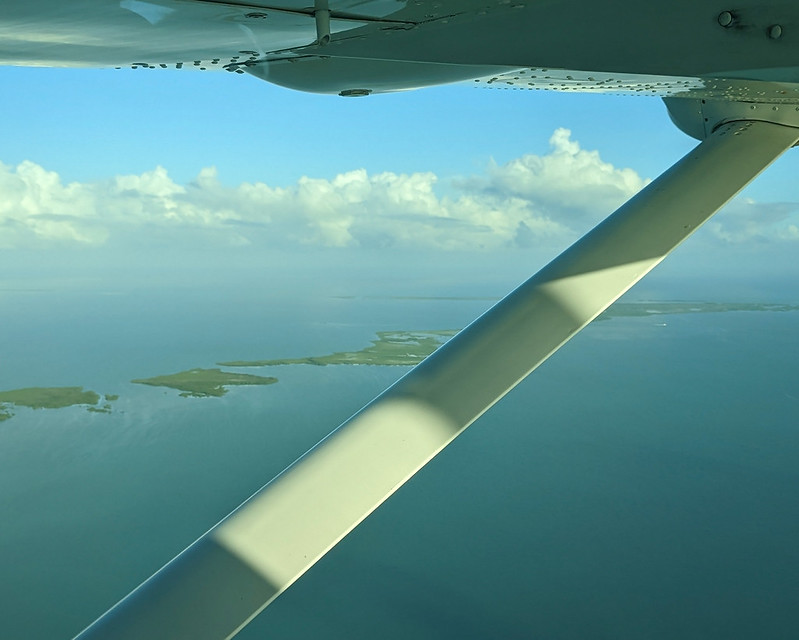 We spent most of our time on Ambergris Caye, in the town of San Pedro. 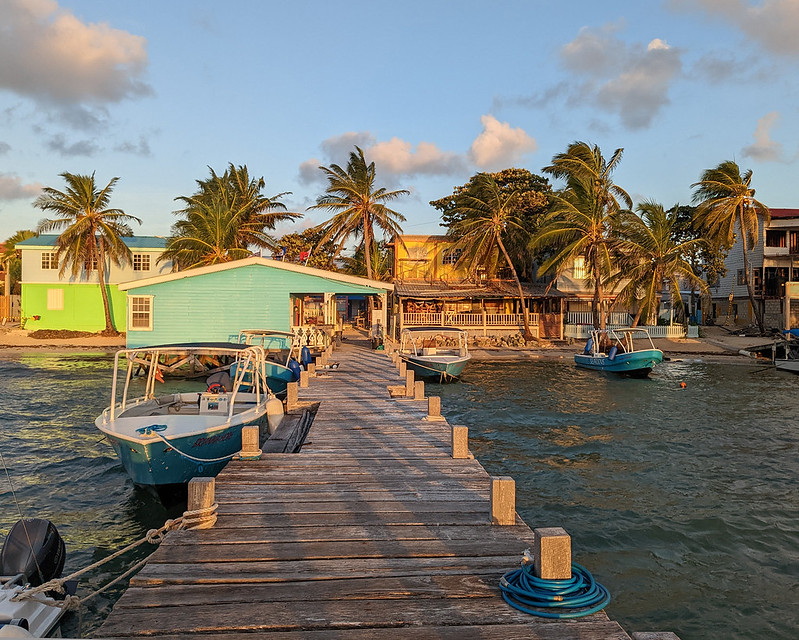 San Pedro is a fun town. The waterfront is lined with piers where you can catch a boat out to the reef. It also has lots of great restaurants. Here’s the selection on the night we went to Caramba. 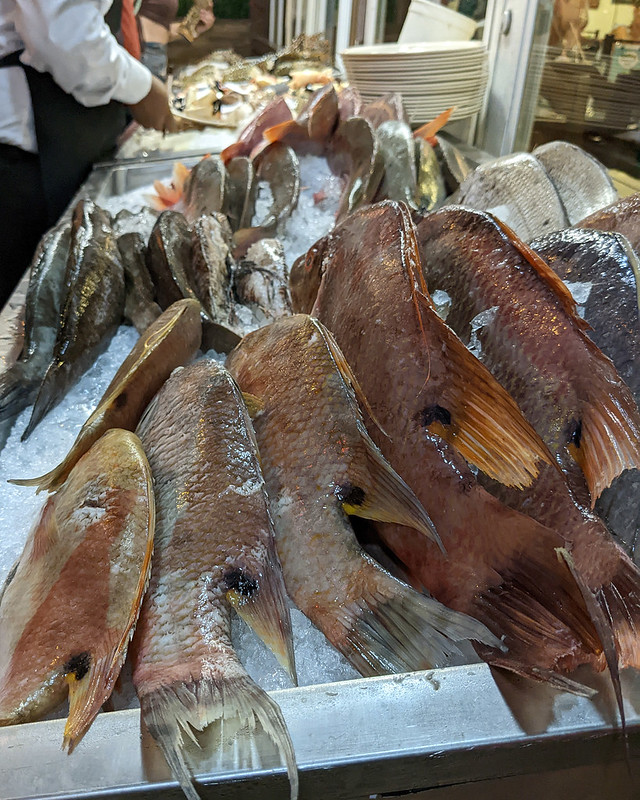 Chris & I spent a lot of our time snorkeling out on the reef. There are a number of great places to dive. Our favorite was Mexico Rocks, which wasn’t crowded and had some amazing soft corals. But the reef seemed very healthy everywhere we went. It was absolutely teeming with life. The highlights included several types of parrot fish, seahorses, two types of turtles, two types of squid, lots of nurse sharks, and three different types of rays; including this one. 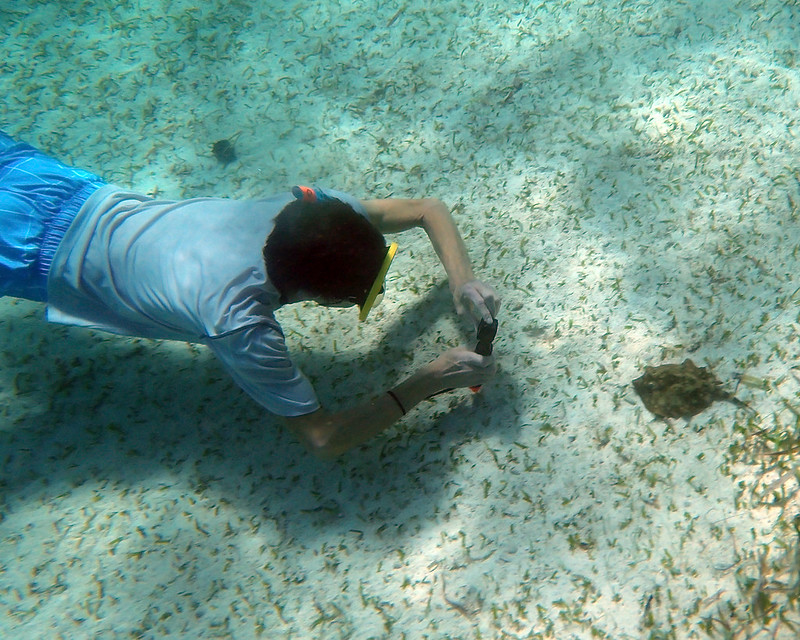 I found out afterwards that it probably wasn’t a great idea to get too close to that because they have a very nasty sting.

We also did a couple of day trips to Caye Caulker, which is a bit quieter. 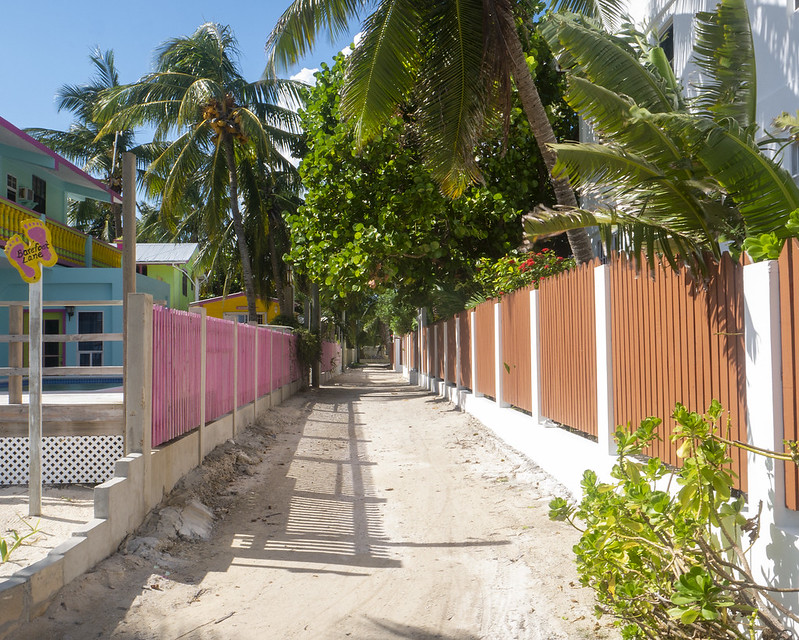 Our longest trip was to Orange Walk. There we got in a boat and motored up the New River. 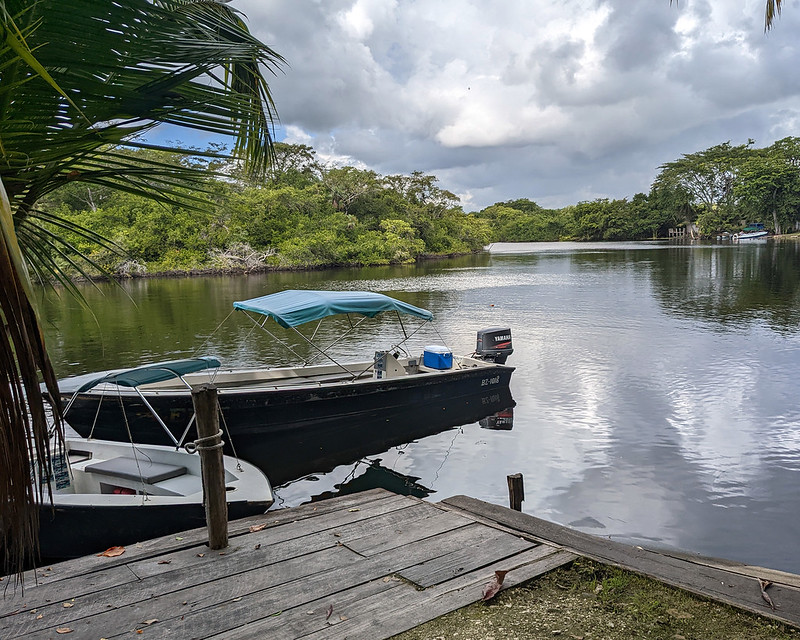 After about an hour of zooming through the jungle with stops to see things like a nighthawk and some cute little bats, we reached the Mayan ruins of Lamanai. These are the remains of a Mayan city which was occupied for something like 3,000 years. A lot of it is still unexcavated, but the temples which have been excavated are pretty amazing. 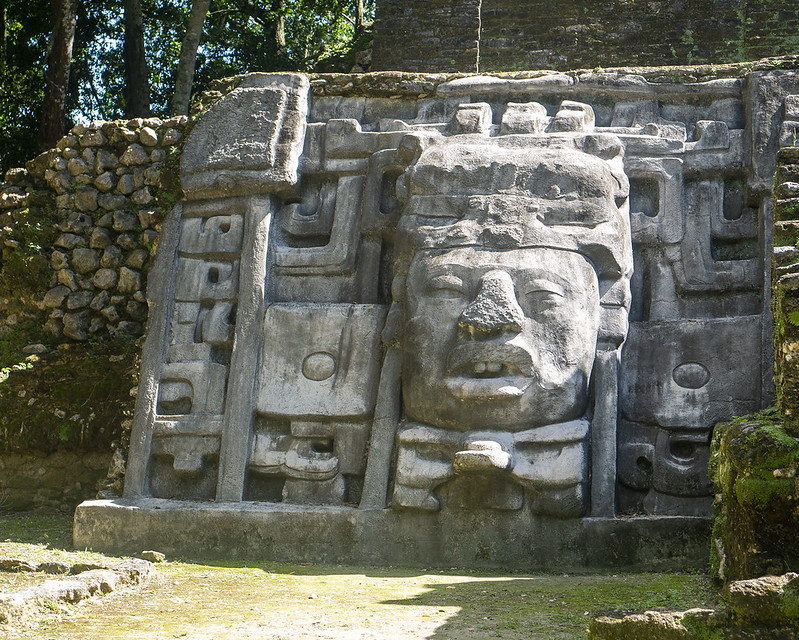 We had a great guide who showed us all of the ruins and explained the history and meaning. 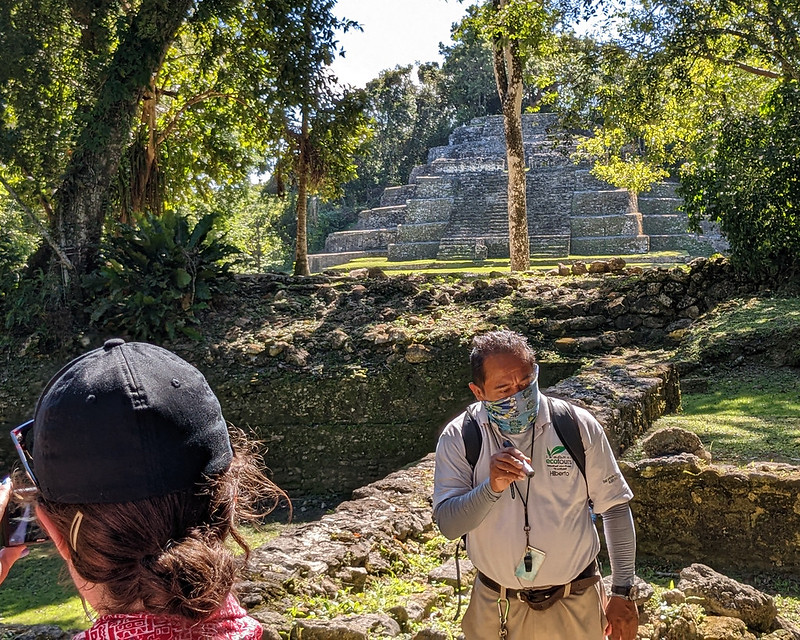 We also saw lots of amazing plants and encountered howler monkeys and a boa constrictor.

Our final stop was in Belize City. It has lots of interesting architecture from the colonial era, like the hotel we stayed in. 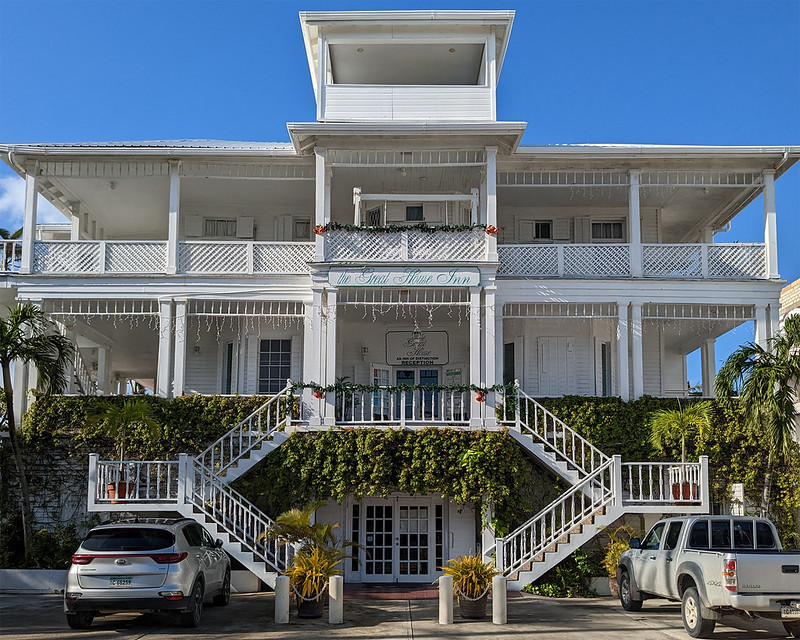 We visited a museum which featured a great exhibit of the work of local artist Pen Cayetano, and had dinner at Nerie’s, where we met a bunch of colorful local characters. Everyone we met in Belize was very friendly and happy to talk. We really enjoyed our time there.

You can see all of our pictures, including lots of underwater pictures of the reef, here on Flickr.