Chris and I went to see the movie Moon the other night. 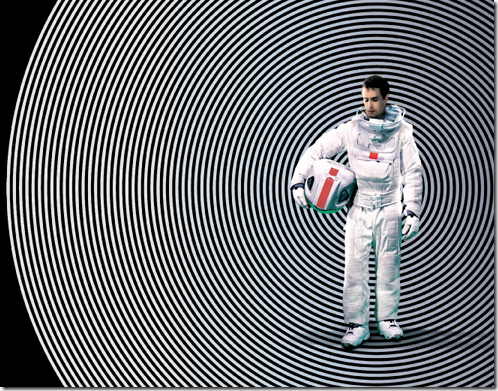 It’s about a guy who’s nearing the end of a three year tour working at a mining base on the moon. He’s alone except for a robot helper. He is involved in an accident with one of the mining machines and wakes up in the sick bay with the robot taking care of him. After getting better, he ignores the robot’s admonitions to rest and goes out to clean up the broken machinery. When he does, he finds himself at the accident scene, injured but alive. He drags the other him back inside the base. The rest of the movie is about the two of them trapped together in a confined space, dealing with questions of identity. It was a pretty interesting movie.

We also went to Solea, a tapas bar we really like near the theater.