A lot of commentators are amazed by the way in which a lot of public discourse in the United States has become disconnected from reality recently. For an example, go check out this article in the Independent by Johann Hari. This amazement has been very evident during the health care reform debate with its nonsensical talk of death panels, government takeovers of Medicare, or the idea that Stephen Hawking wouldn’t have survived to adulthood if he had lived in the UK.

A lot of people commenting on this phenomenon seem to think that it is a recent development and have been  trying to find someone to blame. But it has actually been an important part of American politics for a long time. The standard reference on this subject is of course Richard Hofstadter’s Anti-Intellectualism in American Life. Everyone who wants to understand what makes the US tick really needs to read this book. There are some other useful references in this area. I recently finished reading Susan Jacoby’s The Age of American Unreason. In a lot of ways it is an update of Hofstadter’s book to include the 60’s and the resulting culture wars. It’s pretty good, although it can get a little shrill at times. That’s probably because she was pretty close to the action through a lot of the period she’s writing about. I would recommend it if you find the 60’s related undercurrents in American politics hard to follow. One of the things I enjoyed most about last year’s presidential election is that it had less obsession with the 60’s than any election I can remember.

A book I want to read next is Leo Lowenthal’s Prophets of Deceit. I haven’t managed to find a copy yet, but my understanding from reading reviews like this one is that it is insightful even though (perhaps because?) it is more focused on a particular example than the others.

Of course, another source for those of us who find all of this baffling is Aristotle’s Rhetoric. He said that the three ways a speaker could persuade their audience could be divided into three appeals. These are ethos (ethical appeal), pathos (emotional appeal), and logos (logical appeal). The type of nonsensical argument we’re seeing here gives up on logos, but it still has the power to persuade using the other two appeals. It is a mistake to think that there is a single “right” form of political discourse. Political discourse uses all of Aristotle’s appeals, and when someone doesn’t have logos on their side, it is in their interest to rely heavily the other two if they want to prevail. 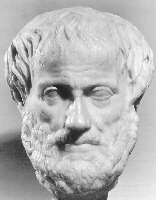