Two biographies of Ayn Rand (Goddess of the Market and Ayn Rand and the World She Made) came out recently. That’s been the occasion for a number of book reviews which attempt to puzzle out why she’s had such an influence on American political thinking. For examples, see Johann Hari’s review in Slate, Adam Kirsch’s review in the NYTimes, or this review in the Economist. I’ve always been pretty puzzled by her appeal. I’m not sure that I’m prepared to wade through two biographies of someone whose neuroses appear to be so self evident, but these reviews do make the books sound reasonably even handed and interesting. 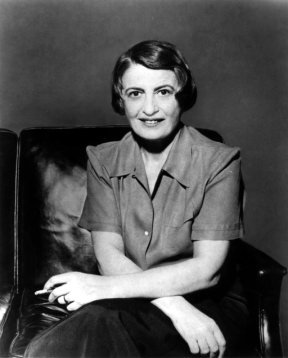 I’m currently reading Alain de Botton’s Status Anxiety. It has nothing to do with Ayn Rand, but in some ways maybe it does have something to do with her appeal. In the chapter on the rise of the meritocracy and its effect on status anxiety, de Botton traces the change in how the West has thought about the rich over the last millenia or so. He sees the beginning of the shift from the early Christian view that being rich did not imply moral superiority to modern views which are more in line with Rand’s thinking. He singles out Bernard Mandeville’s The Fable of the Bees as the seminal work in this change in thought. This led to David Hume and Adam Smith , but I don’t think that this is the line that leads directly to Rand.

A somewhat separate thread which de Botton highlights is the Social Darwinism which was popularized in this country by Herbert Spencer. I think that this is closer to Rand’s appeal. Social Darwinism was certainly very appealing to many Americans (e.g. Andrew Carnegie). There was a backlash once the theory became linked with Nazism, but I think that the underlying idea that being successful is good and moral while being unsuccessful is a sign of personal weakness continues to resonate in American culture.

There’s another thread which de Botton highlights in the same section which I think might also be related to this. The prosperity doctrine was exemplified by a number of 19th century books by Protestant authors like the Reverend Thomas Hunt’s The Book of Wealth: In Which It Is Proved from the Bible That It Is the Duty of Every Man to Become Rich. This line of thinking has certainly gone on to become a major part of American life. You can follow it through a number of variations like Norman Vincent Peale’s The power of Positive Thinking up to any number of books on today’s best seller lists. Positive Thinking doesn’t have the evil reputation which Social Darwinism has, but it certainly does have its dark side. For a good exploration of that, see Barbara Ehrenreich’s latest book (or this excerpt in Time or this interview with Jon Stewart).