Block Island on our own 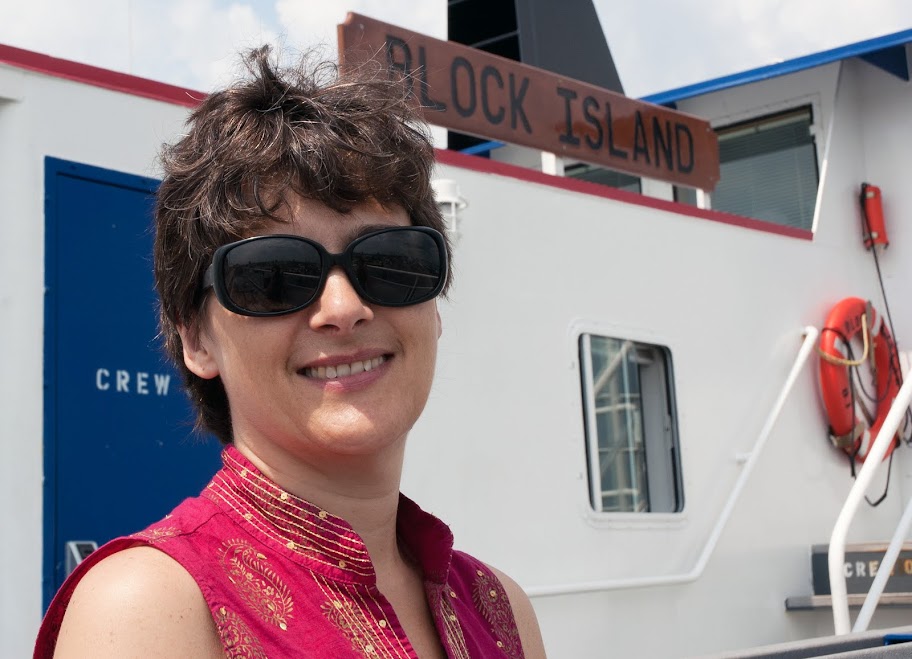 We’re back from a week at Block Island. We left all the electronics behind, and the world seems to have survived. This was our first time on Block Island, and we took advantage of not having two hungry teens with us by eating out every night. Our favorites were probably Winfields and Manisses. 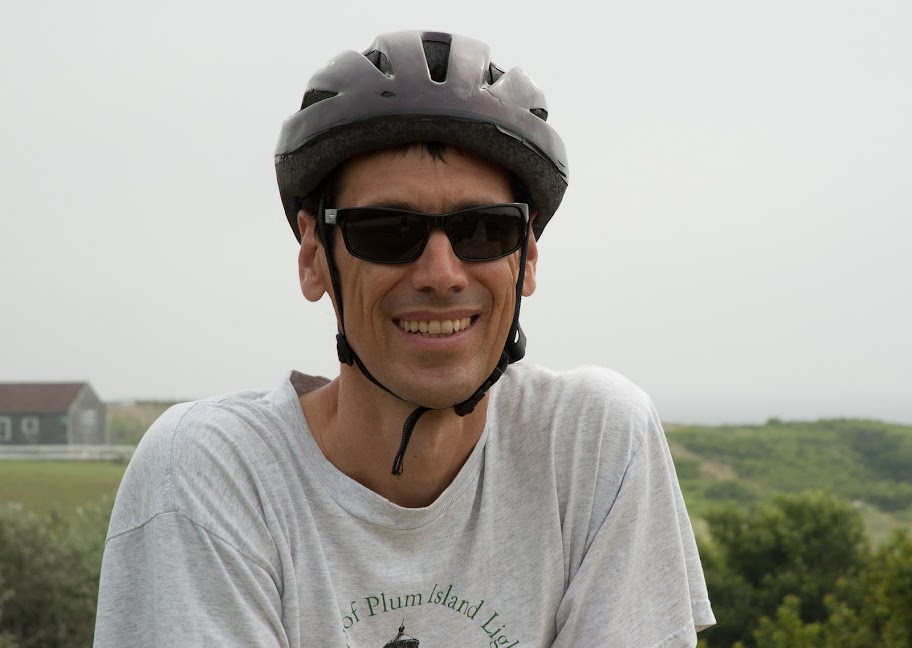 We left the car on the mainland and spent the week getting around on bicycles. The island is only 7 miles long, so it doesn’t take very long to get anywhere. However, Corn Neck Road could get a little hairy at times with cars, mopeds, bikes and pedestrians all fighting for the same piece of pavement. 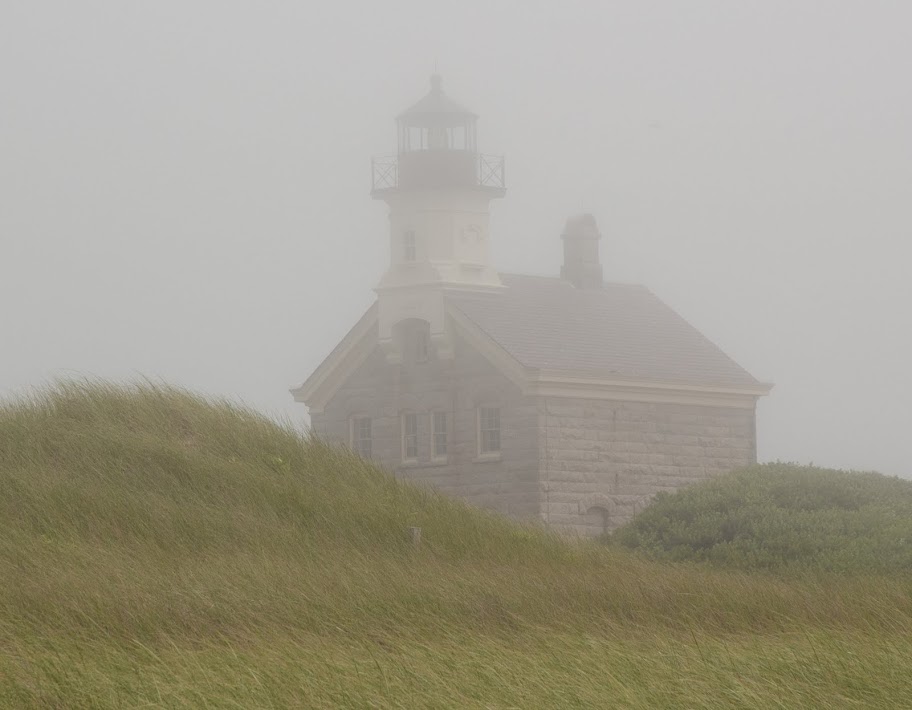 The mornings were often foggy, but most days it burned off quickly. The exception was the day that we went to the North Lighthouse. It’s on a narrow spit of land (sand) that tapers off into the water where the waves come from both directions. 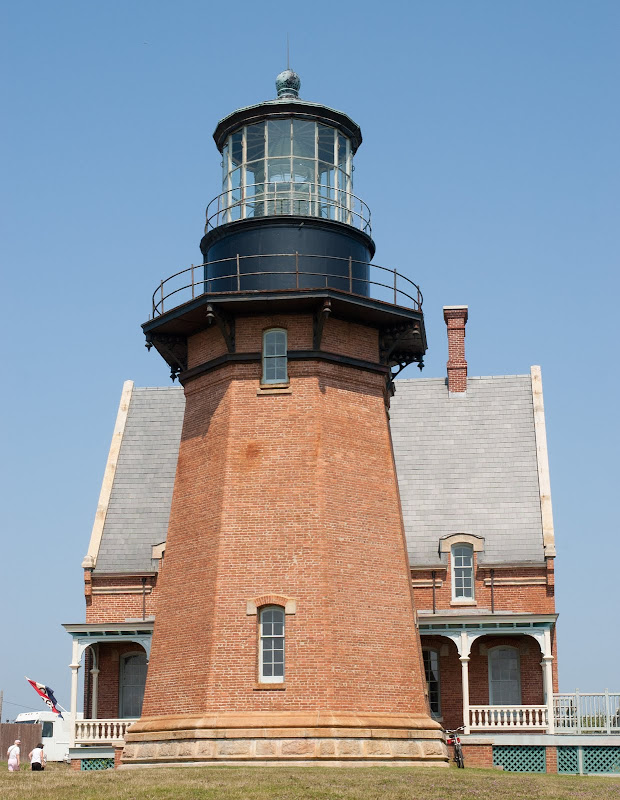 But it was a very sunny day when we went to the South Lighthouse. This one almost fell into the sea as the cliffs eroded where it was standing. It was moved back about 300 feet in 1993. Can you imagine moving a structure that large in one piece with absolutely no structural damage – pretty impressive. 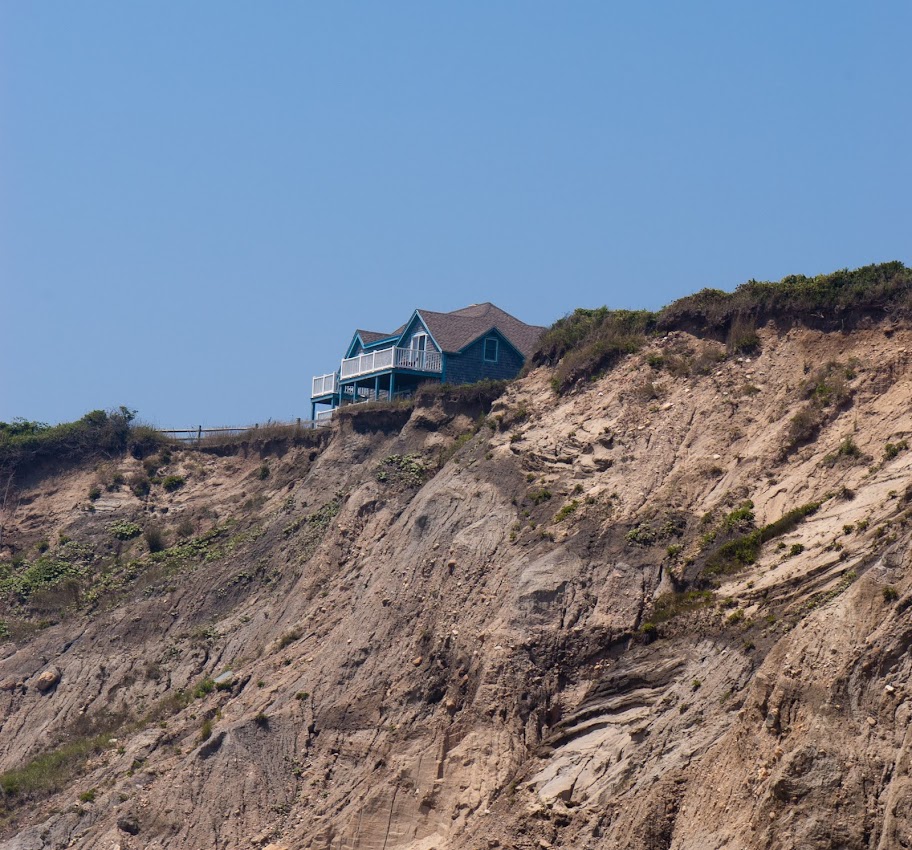 Just a little way down the cliffs you see this house – I don’t think anyone’s going to manage to move it. 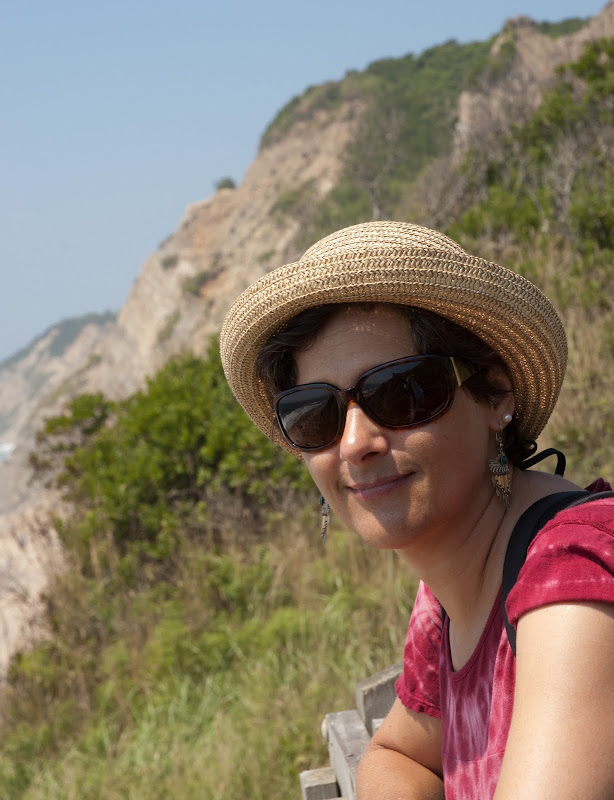 We may not have managed to completely walk the coastline, but we certainly managed a pretty large chunk of the 17 miles.  Along with a hike to the highest point in the middle of the island, and kayaking around the Great Salt Pond. 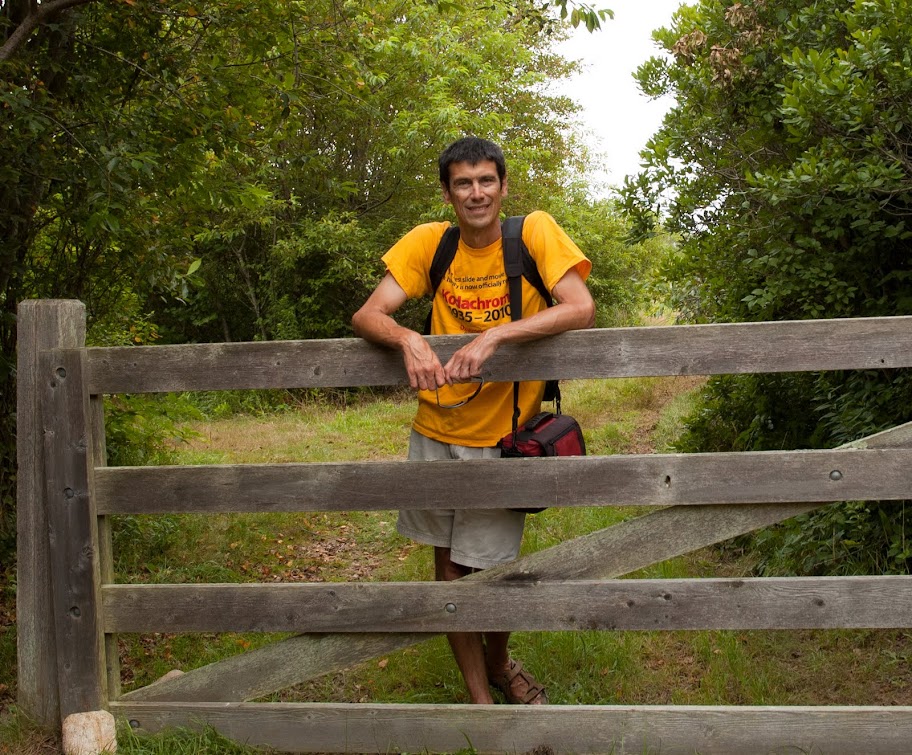 Despite being so small, Block Island is a nice place for hiking because they have created a network of trails called the Greenway connecting open spaces throughout the island. Check out the slide show below for more pictures.