On Saturday we all went to Central Square to see Car Talk: the Musical. Before the play we tried Moksa. Their theme is Asian Street food. Think spanish tapas (small plates) only Asian. We really enjoyed all the dishes we tried. The boys liked the Miso Braised Shortrib so much they ordered a second plate. Peter looks like he’s enjoying that. 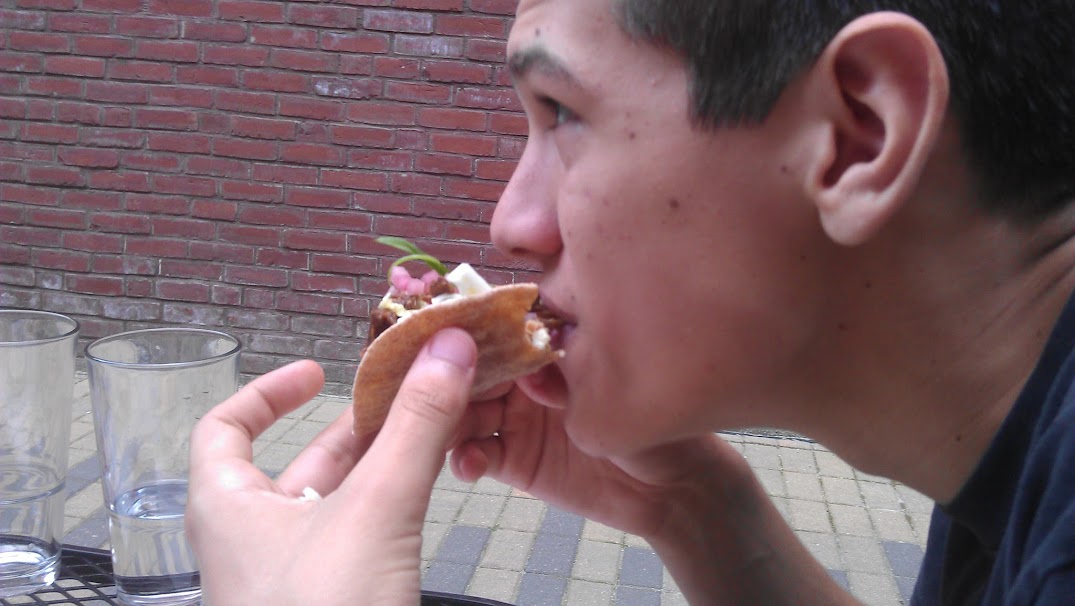 Of course, after dinner we had to go to Toscanini’s for ice cream. I remember going to Toscanini’s when it opened in the fall of 1981. Prior to that if you wanted an ice cream sundae late at night you probably headed over to 20 Chimney’s in the MIT Student Center. But it was worth the extra walk up Mass Ave as the Toscanini’s ice cream was soooo much better, to say nothing of the homemade hot fudge. In fact, it was recently named one of the best places for ice cream in the country by US News. 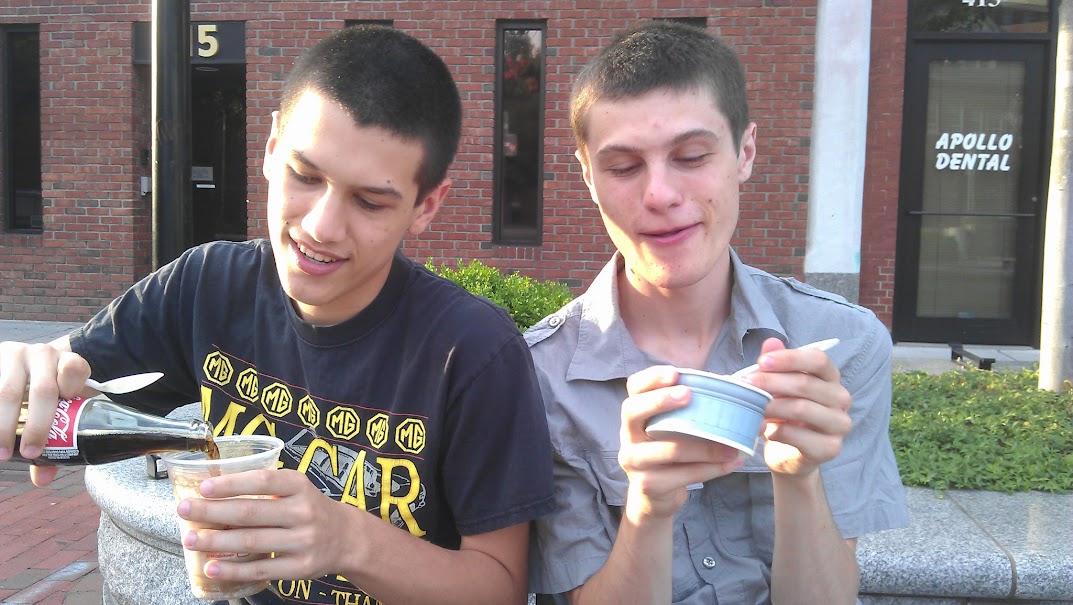 So enough about the food, what about the play? This year we’ve seen six plays at the Central Square Theater. As we were waiting to enter the theater we were noting that this was the first time since we started coming that we hadn’t run into someone we know. Just as we said that, our dentist came up to say ‘Hello’, and their seats were right next to ours!

On the walls in the lobby they had pictures from most of the Broadway musicals they had ripped off, stolen, parodied. We had a lot of fun trying to guess them all. The kids had difficulty with naming any of them, but I recognized most of them (even Brigadoon).

Even while missing some of the musical references the boys could agree that it was still a very silly play, and it was a lot of fun. The protagonist is Russ D. Fenders (say it aloud), whose ancient Kia has died, leading to the wonderful rendition of that classic How do you solve a problem like my Kia.

After getting the bill from the Garage for the repairs he gets tempted by a flashy new Miata with leathah interior, leading to a rousing rendition of I’ll Borrow from “Annie”. There are lots of other great songs and dances as the heroes make their way to see the Wizard of Cahs. Along the way they meet some Cats, Spiderman, the Phantom, the EmCee and then Rusty solves the Puzzler and everyone lives happily ever after, well maybe with some lingering car problems.

It was a great celebration of all things Car Talk. We’ve enjoyed the radio show for many years, and we’ll miss it now that Tom and Ray (Click and Clack) are retiring.