Peter did some more work on his robot today. He’s got a big battery pack installed so that it doesn’t need a cord. It still has the cable to the Wii nunchuck though.

He also started getting data from the on board accelerometer. Here’s a capture of a real time graph he wrote in Processing. 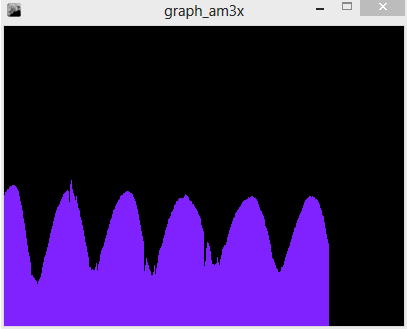 This was taken from the A axis data while rotating the angle of the board holding the accelerometer. You can see a few spikes where it got bumped because an accelerometer can’t tell the difference between the acceleration of gravity and changing accelerations from shaking and bumping.