While we were in Prague, we went to the Národní Technické Muzeum. That’s the Czech National Technical Museum. It’s full of all sorts of interesting machines that we really never see in the West, such as airplanes, computers, and TV cameras from Czech manufacturers who we aren’t familiar with. But, as you might have guessed, I was really into the cars.

They have a number of models that I’ve never seen before, and some makes I really didn’t know anything about. Some of them were really wonderful. Check out this cute little red Aero sports car that Chris is standing next to: 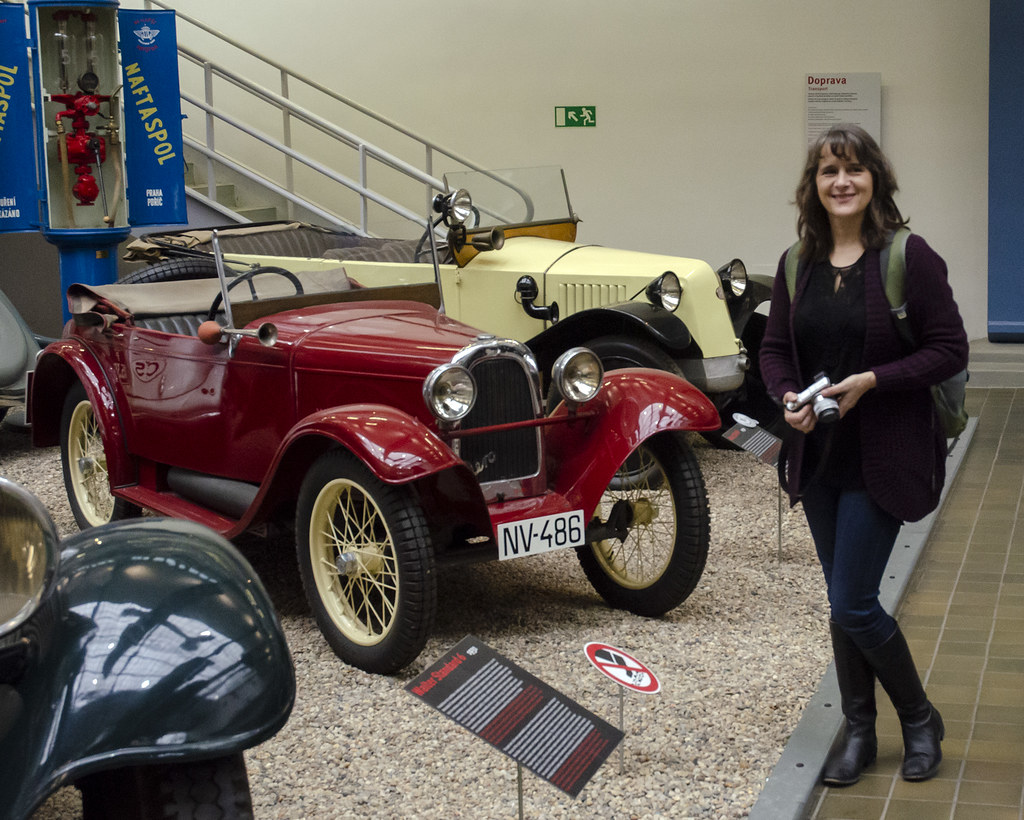 I really think that it wanted to follow us home. That’s an early Tatra behind it. Some of the other makes they have include Wikov, Z, and Praga.

If you’ve got a really sharp eye, you might have noticed that some of these cars have their steering wheels on the right. That’s because Czechoslovakia (and Hungary) drove on the left until the German invasion in 1939.

They also have a bunch of racing cars from events such as the 1000 mil Československých which was run in the 30’s, and is now recreated as a vintage event every summer. For example, check out this wonderful Jawa. 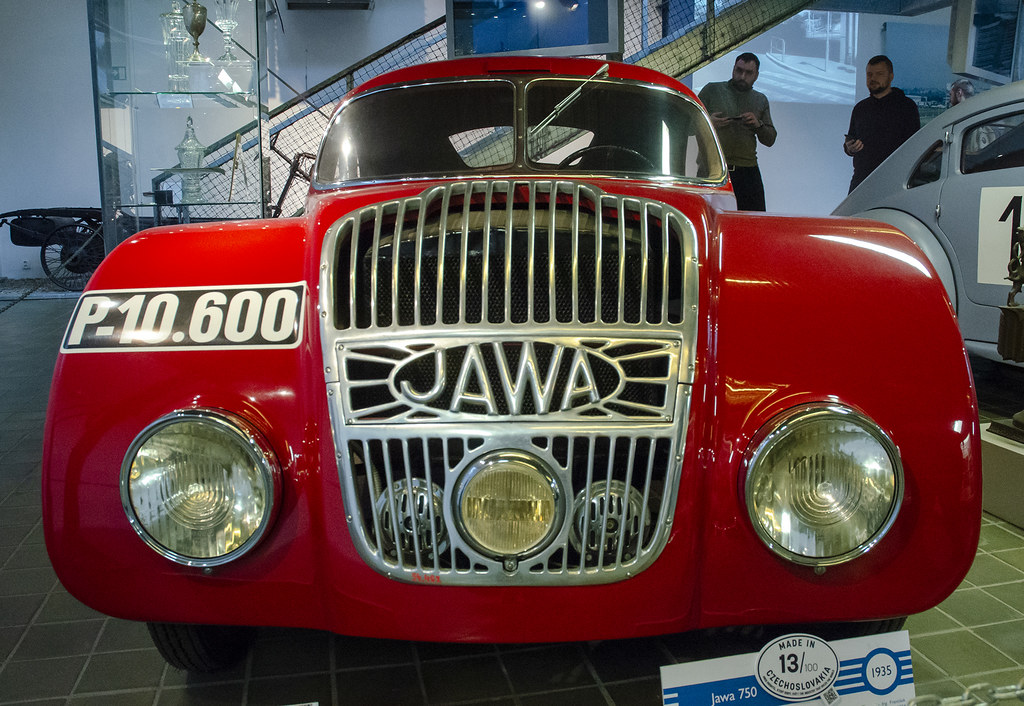 They’ve also got a number of interesting non-Czech cars, such as the earliest known Bugatti, and an extremely important Mercedes Silver Arrow. The Mercedes is really beat up, but I think this one actually raced in the Belgrade GP, which was the last GP event before WWII.

They’ve also got some interesting cyclecars, including this French Bédélia. 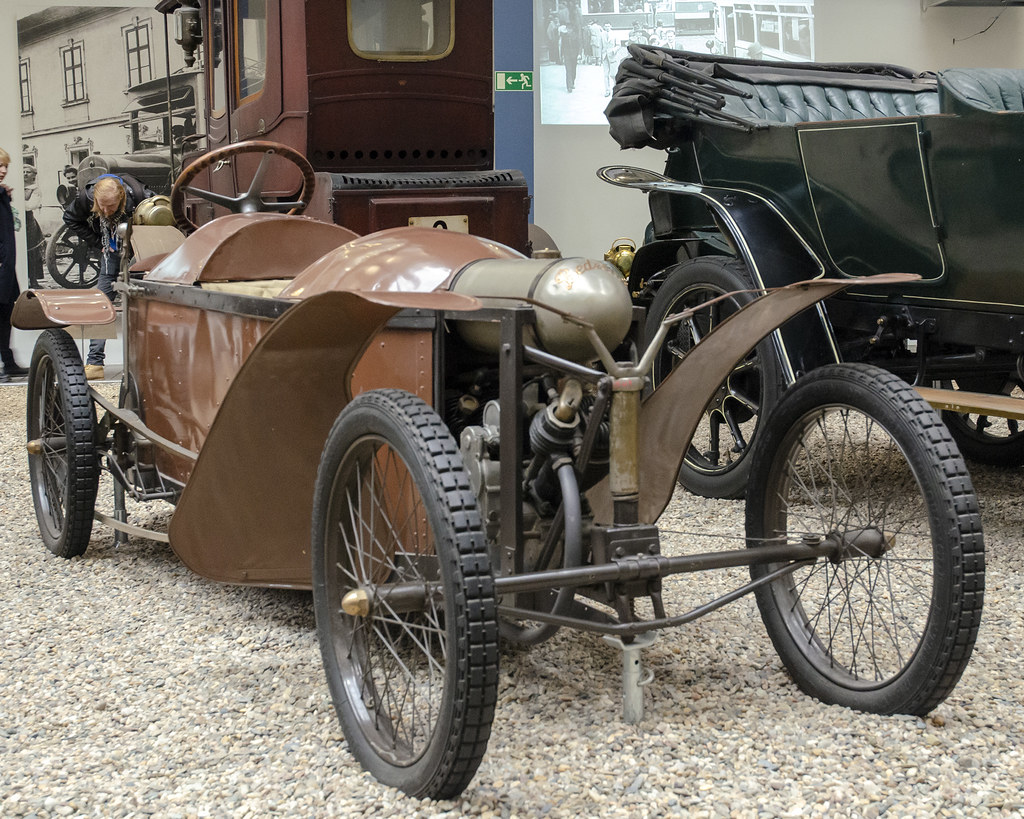 The Bédélia is really the one that started the cyclecar craze, and I’d never actually seen one in person before.

Czech engineers seem to have kept their love for this sort of strange little machine for a long time though. Check out this one-off from the 50’s. 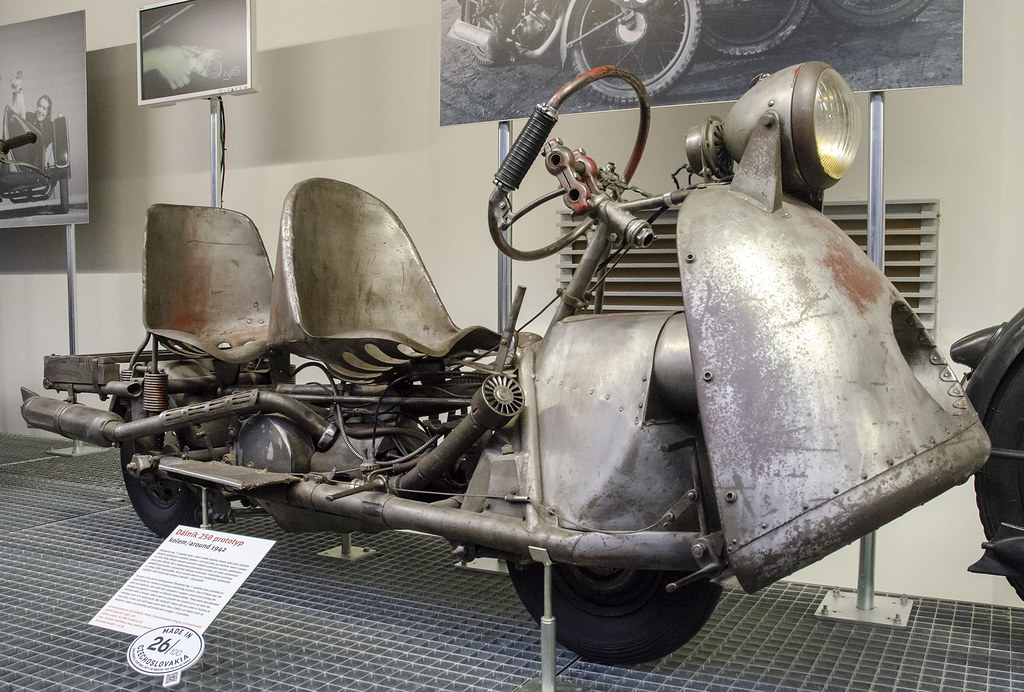 If you’d like to expand your knowledge of engineering history, this museum should be on your bucket list.