Last weekend we went to the Széchenyi baths in the city park. We got there early, before the horde of Instagramming 20 somethings showed up and took over the place. The interior of the building is amazing, but it was a beautiful spring day, so the outdoor pools were great too. I can’t remember how many different pools we went in. The hottest one was 40° C (104° F), and the coldest was 20° C (68° F) and the outdoor ones have all sorts of jets firing in different directions. They’re about the greatest thing ever invented for a sore back.

Later we went to see the oldest baths in town. They date from the second century, and they’re in a train station! 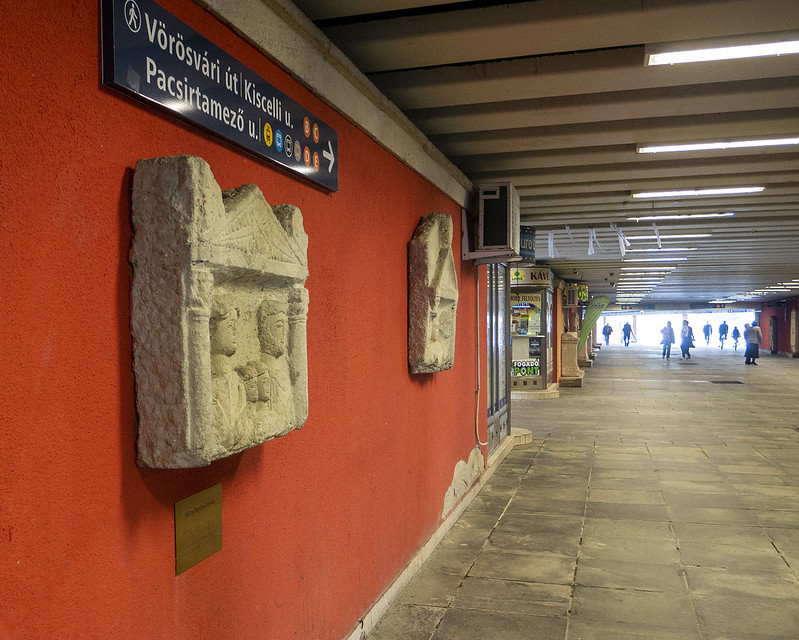 They’re the baths of the old legionaries’ fort that guarded the Roman village of Aquincum. The fort extends over a large area of Óbuda. 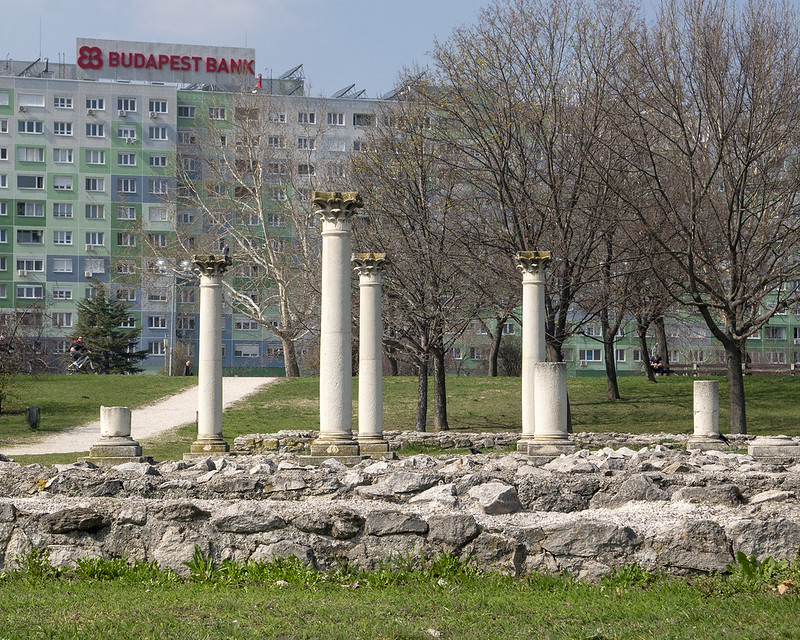 The ruins include barracks, gates, and the enormous bath complex the legionaries used. The baths extend through the Flórián tér station … 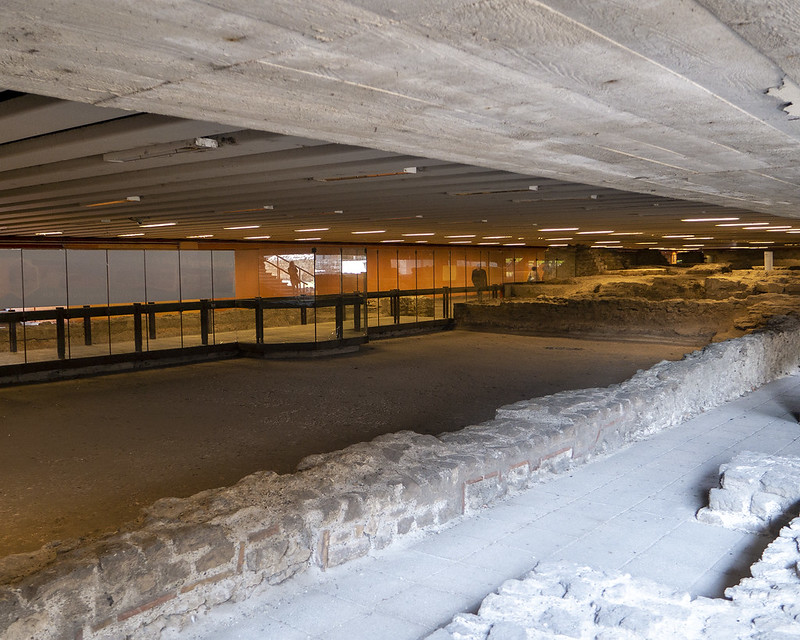 … under a big highway intersection … 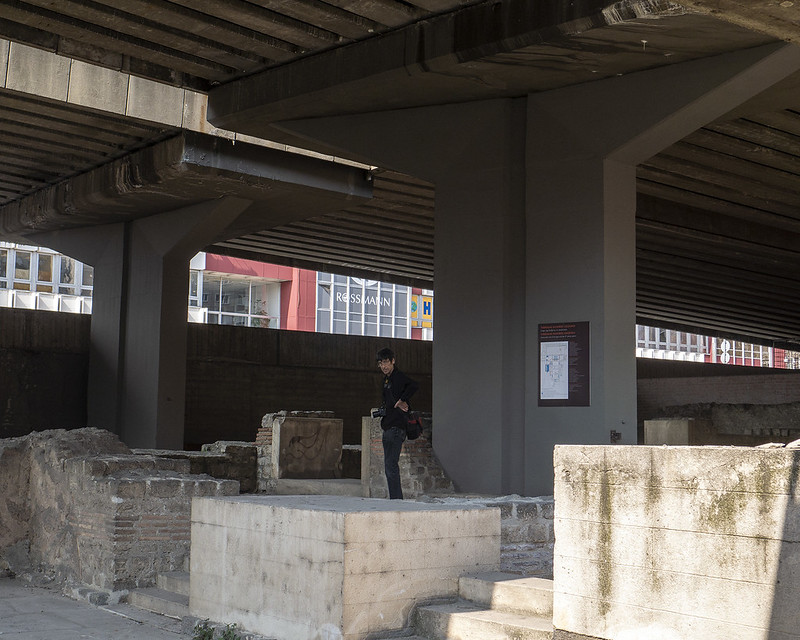 … and on beneath an apartment building.

Once you figure out how to get into them, there’s a lot of interesting stuff to see, like this hypocaust. 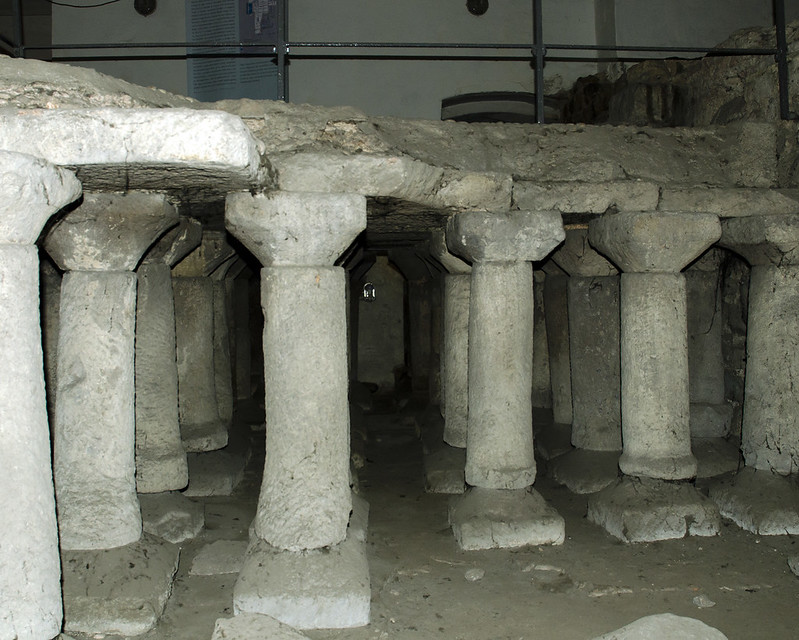 After that, we walked home across Margit island, treated ourselves to an ice-cream, and checked out the little zoo. 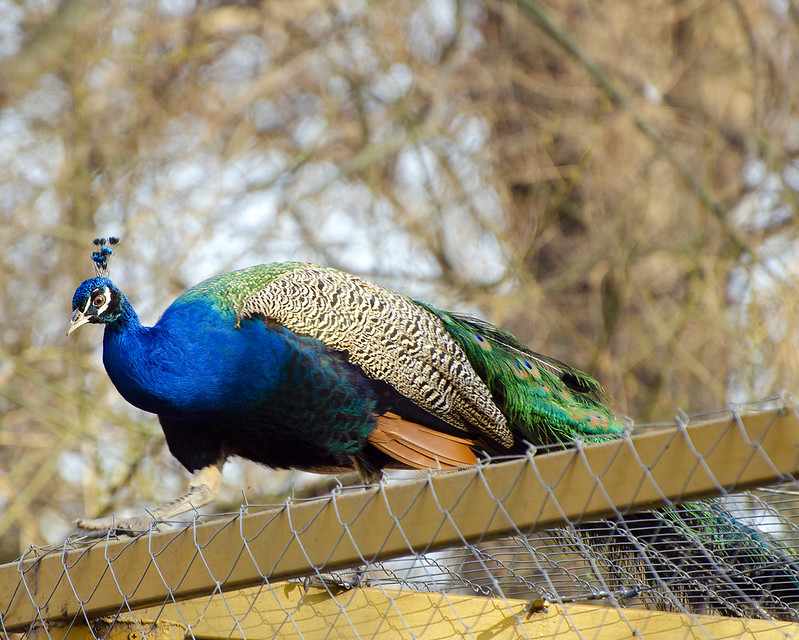