While we were in Barcelona recently, we visited the Sagrada Familia. I was particularly impressed by the sculptures on the Passion facade. They were done by Josep Maria Subirachs, and are wonderfully expressive: 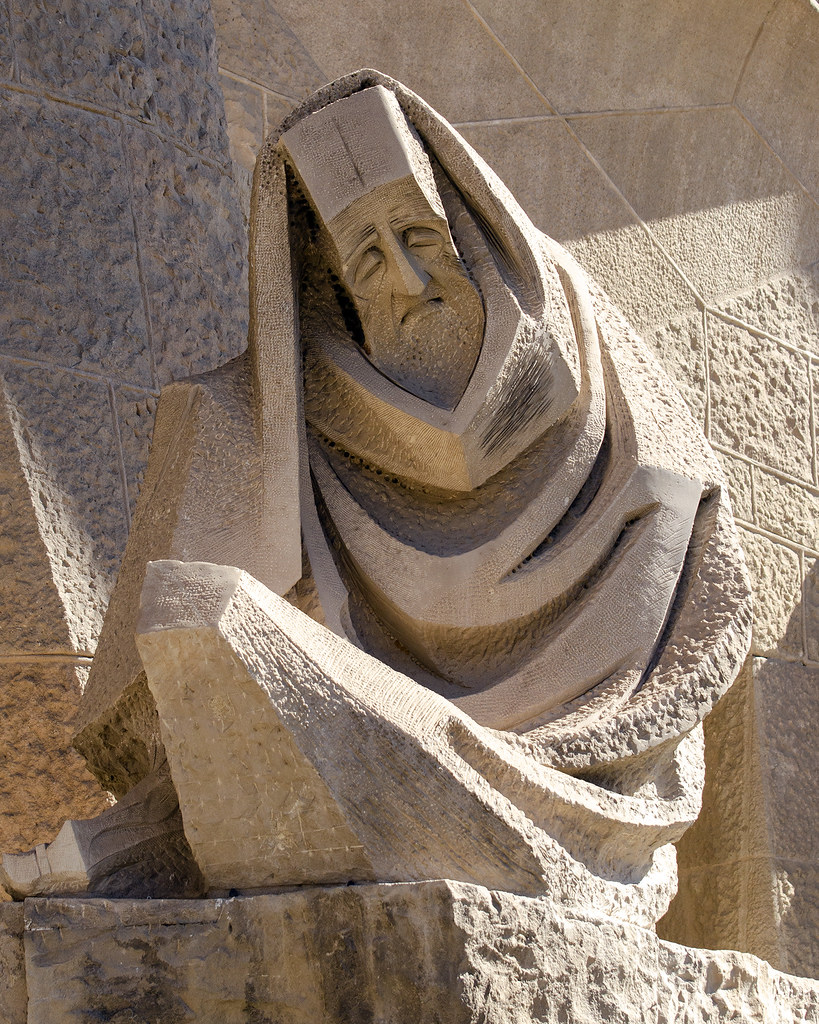 But I was surprised when I saw this in the middle of the story of the Passion. 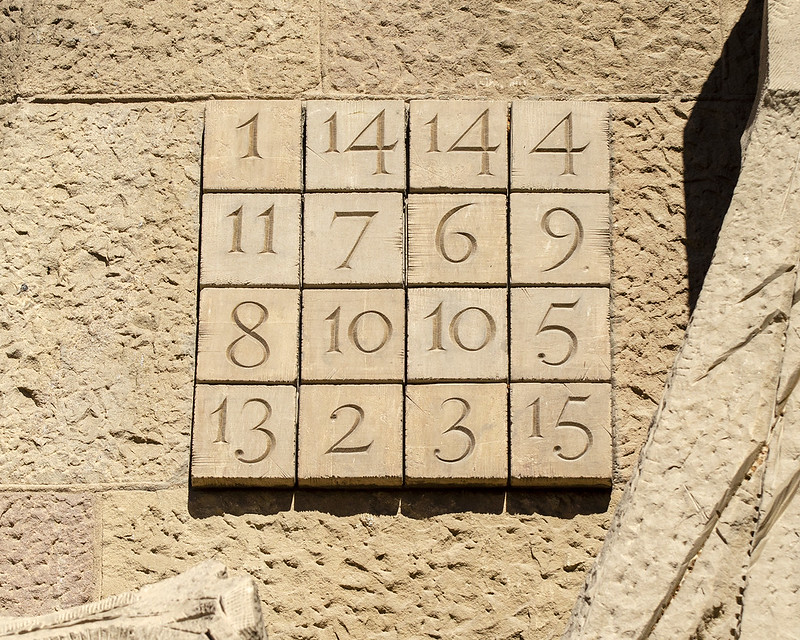 If you don’t recognize that, it’s a magic square. If you aren’t familiar with magic squares, Cleve’s posts about them are a good introduction (part1, part2, part3).

But the magic square on the cathedral is an unusual one. You usually don’t see them with repeated values like that. I figured there had to be a story behind it. It turns out there is. It’s pretty interesting and it’s explained here.

BTW – While we were in Barcelona, I was reading George Orwell. On the trip home, I stumbled on this quote:

For the first time since I had been in Barcelona I went to have a look at the cathedral–a modern cathedral, and one of the most hideous buildings in the world. It has four crenellated spires exactly the shape of hock bottles. Unlike most of the churches in Barcelona it was not damaged during the revolution–it was spared because of its ‘artistic value’, people said. I think the Anarchists showed bad taste in not blowing it up when they had the chance, though they did hang a red and black banner between its spires.

Well, to each his own, I guess.