VEX Robotics had a nice tribute to one of my favorite professors, Woody Flowers, who passed away recently.

2.70 was a great class. We all worked hard, but learned a lot, and had a lot of fun. I didn’t get very far in the big competition, but it was a lot of fun to be on the stage.

Of course years later, Peter joined 2 Bits and a Byte, a robotics team that competed in First Robotics, which Woody also started. And they went to the world championships in St Louis, which took it to a whole different level: 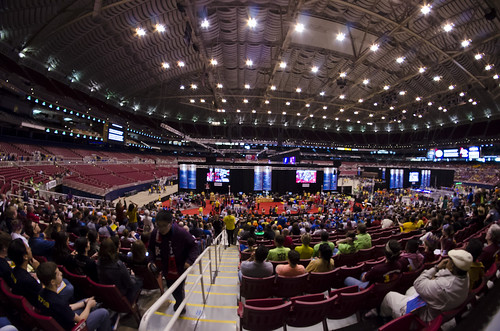 Woody certainly touched a lot of people over the years and made the world a better place.