I seem to have spent my pandemic making shelves. Most of them have been big, ugly ones in the workshop for getting the junk^H^H^H^Hsupplies organized and off the floor. I’ll spare you pictures of those.

But this week I did some that are a little more interesting. Because of the pandemic, the fancy new Scratch team office has been sitting empty for most of the year. We brought all of the plants from there back to our house so that they’d get watered and attended to. Most of them have been out on the three season porch for the summer. But, winter is coming. We needed a plan for getting them all indoors. We only have a limited number of south facing windows.

So I came up with an idea to maximize the number of windows we have. First, I whipped up a bunch of these sheet metal brackets. 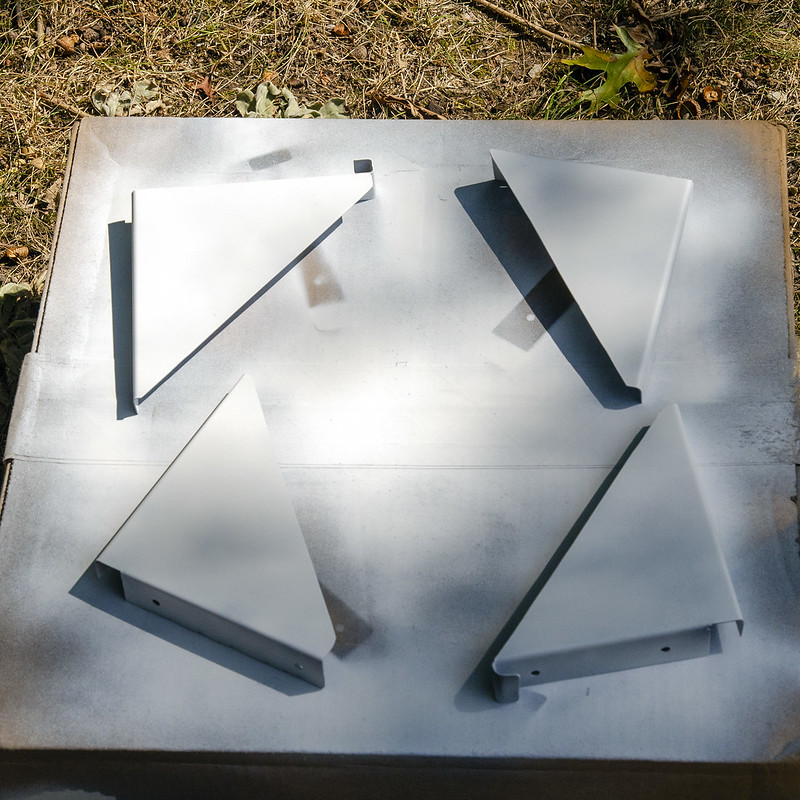 Then I bolted them to some pieces of narrow pieces of luan plywood. I think that originally came from the giant box the Westfield’s chassis came in. They don’t need to be anything heavier, because one side rests on top of the lower sash of the window.

The metal brackets clip into the tracks the sash slides up and down in. That’s enough to stabilize things without any screws or nails. The result is basically that I’ve doubled the number of window sills. 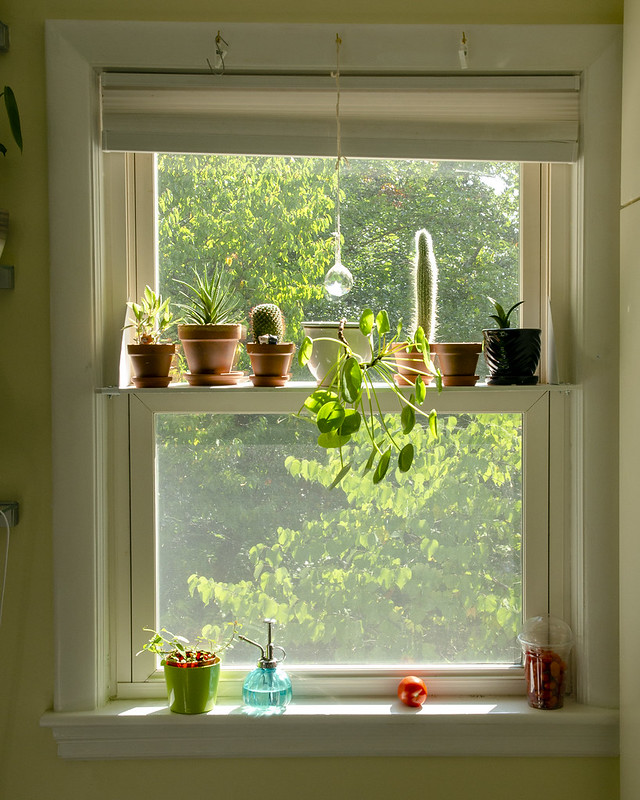