We’re a bit behind on posting because our internet connectivity was pretty spotty out in the Broads & the Fens. Last Friday we visited Horsey, which is famous for the Horsey Windpump.

The land in this area is mostly below sea level. It’s protected by dikes, but you still need to pump out water that accumulates. Traditionally this was done by these wind powered pumps. You can still see the remains of them scattered around the landscape. 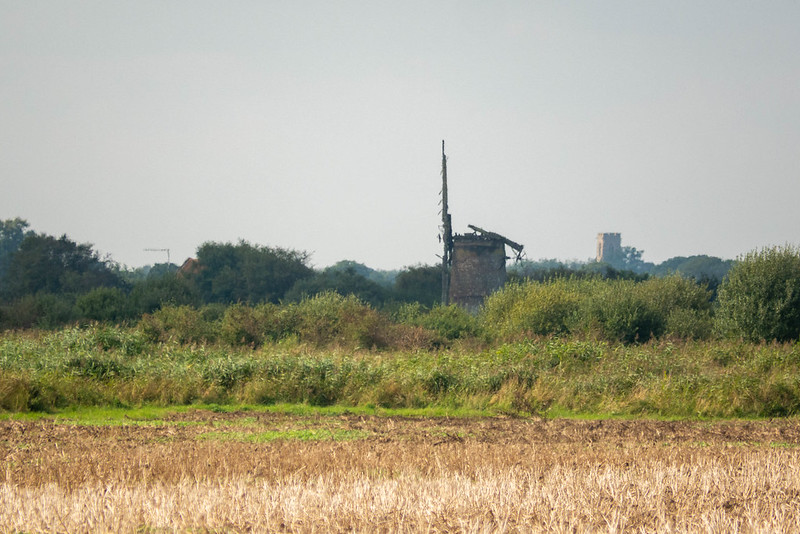 But in Horsey, there’s one that’s been restored to its former glory. 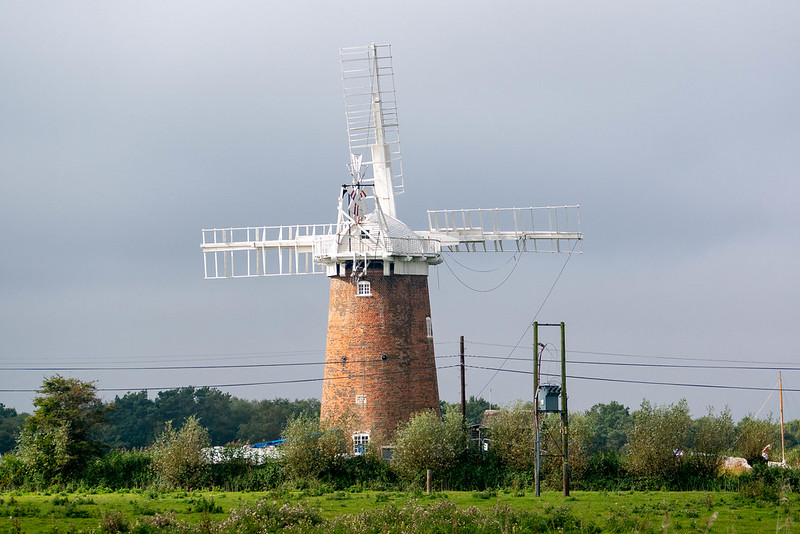 We weren’t there on a day when you could go to the top, but it was still interesting to see its boat-like construction.

There are plenty of other things to see nearby too. Adjacent to the windpump is a canal which is lined with boat moorings. 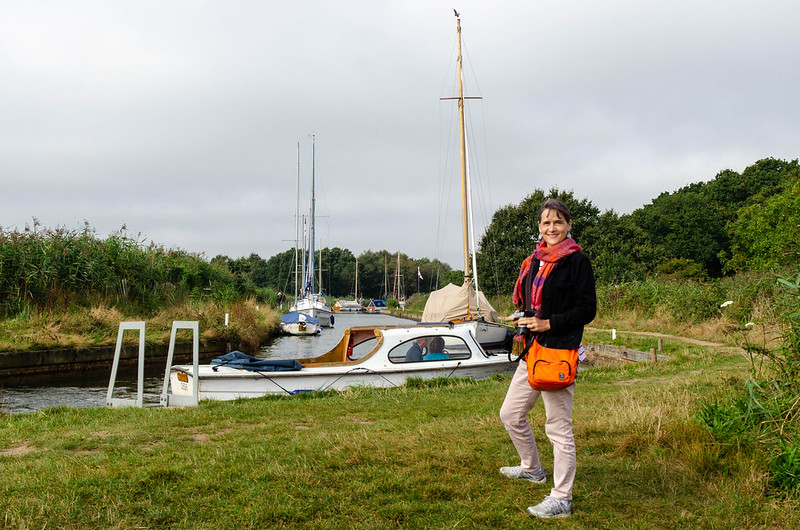 The interesting thing about this canal is that the water level in it is about six feet above ground level. It’s kept in place with a pair of dikes.

If you follow the canal a short ways around a corner, you’ll get to Horsey Mere. This is a beautiful little lake which some of the boaters were enjoying on the day we were there. 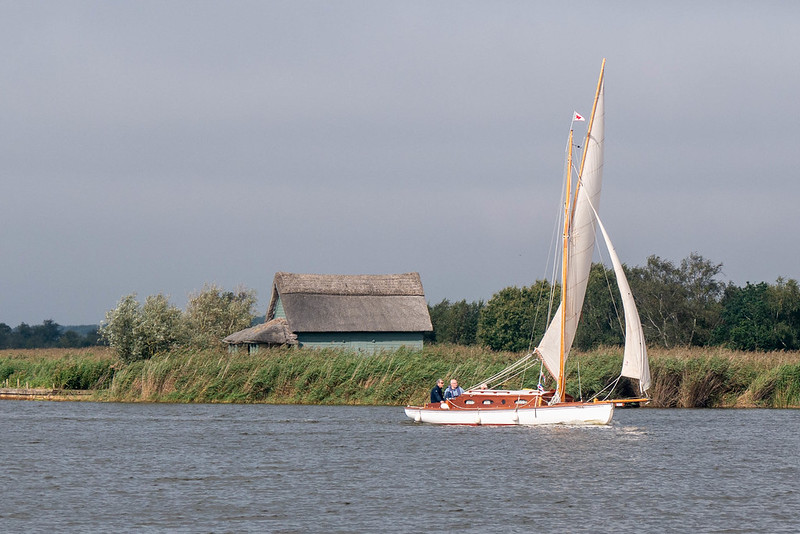 If you walk about a mile in the opposite direction, you’ll reach an even bigger dike which is holding the North Sea back. 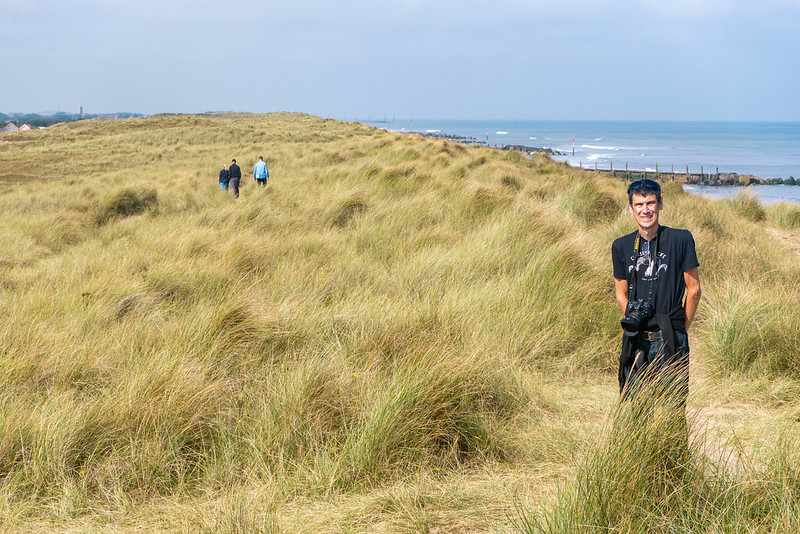 If you climb over this dike and go down to the nice sandy beach, you’ll find a surprise. There are hundreds of seals basking in the sun. 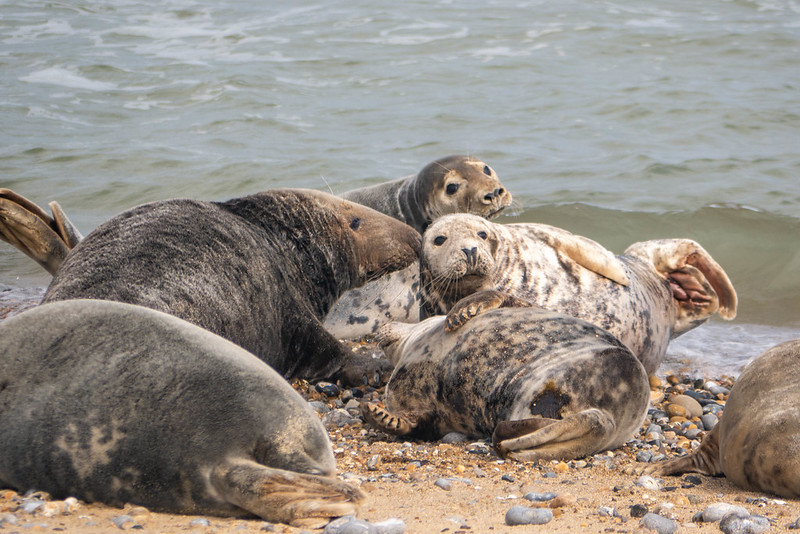 They’ll be starting their breeding season pretty soon so there are restrictions on how close you can get, but there are so many of them, and they are so smelly and aggressive, that it seems like a good idea to enjoy them from a distance anyways. 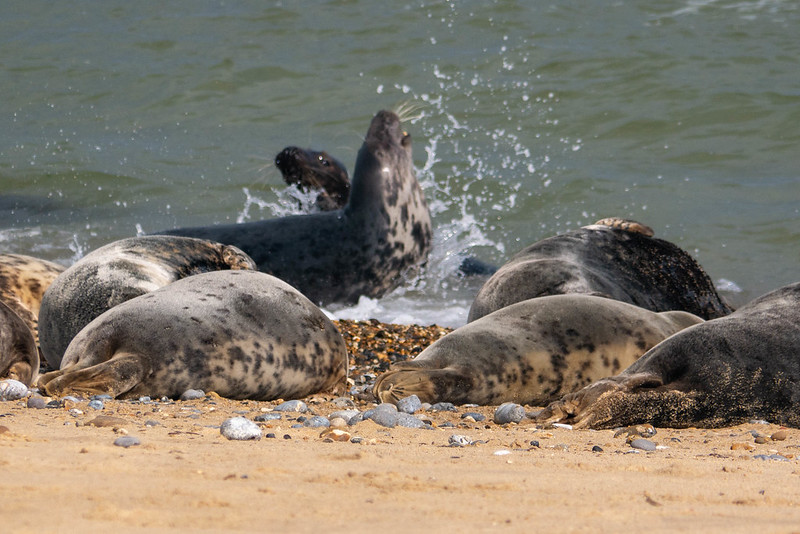 After continuing our walk around Horsey (and stopping at a cute little cafe), we drove over to Stahlam where we stayed in a pub for a couple of nights. Stahlam is a bit larger than Horsey, and is centered on an enormous marina on the river Ant. 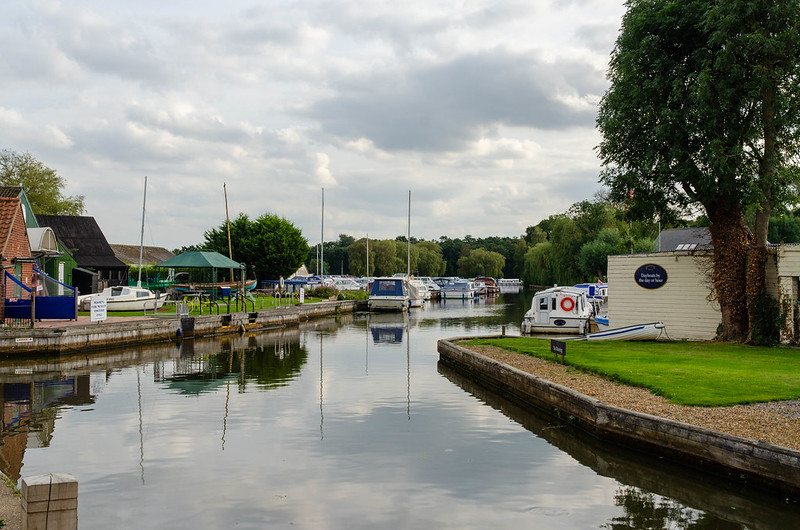 The marina is on Staithe road. Staithe is a local word which we kept running into. It means a place where boats load & unload. The name of the pub we stayed in was another local word: Hanser, which means heron.