On our last day on Block Island, the beach was covered with these things: 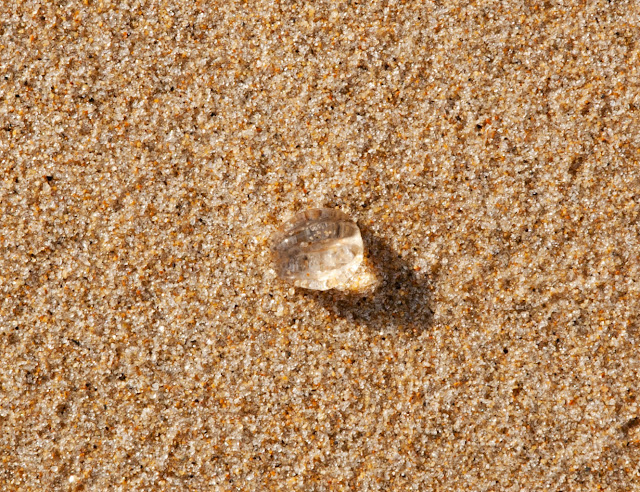 They’re clear and squishy, and about the size of a marble. I’ve seen them once or twice before on Plum Island. I’d always assumed that they were some sort of fish egg, but I really wasn’t sure. After we got home, I did a little googling. They appear to be an animal called a salp. They look really strange, but apparently they’re more closely related to us vertebrates than they are to things like jellyfish. In the ocean, then link up into long chains. Here’s a blog post by someone else who found them on Block Island a couple of years ago. 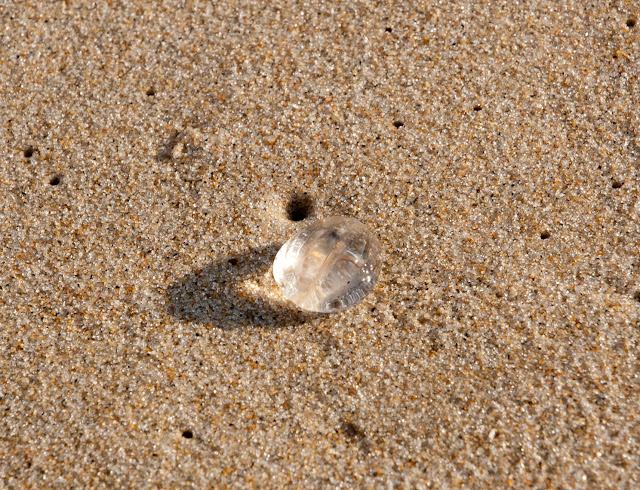 You can just see a hint of the internal structure in that one.