After finishing that table the other day, I realized that it really didn’t go with the lamp that sat in that corner. So I made a new lamp.

I got a little carried away, as I sometimes do, and decided that it should be sort of Japanese looking thing. I got inspired by this project in a recent issue of Fine Woodworking. Of course, that meant I had to learn kumiko, and make a bunch of jigs. 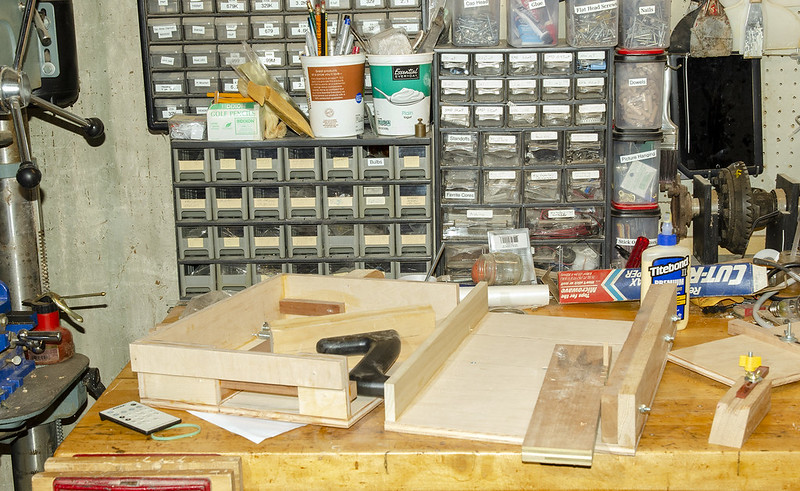 Then there was cutting and fitting lots of little pieces of wood. The finished lamp has more that 130 pieces. But, I probably cut 4 times that with all of the prototypes and mistakes, because all of the pieces need to fit pretty exactly.

Traditionally this sort of lamp, which is known as an andon, would be made out of cedar. I spent some time going down that path, but decided that I really don’t like working with cedar. Although it make the workshop smell great, it is very soft, and it has a stringy texture like red oak. So instead, I used poplar for the kumiko strips. I was much happier with that and was able to crank out lots of pieces with consistent sizes. After assembling all the strips, I backed them with some mulberry paper that I had left over from this project.

Then I fit the four panels to a frame I made out of bits of cherry that I had left over from making the table. I like the contrast between the two woods. 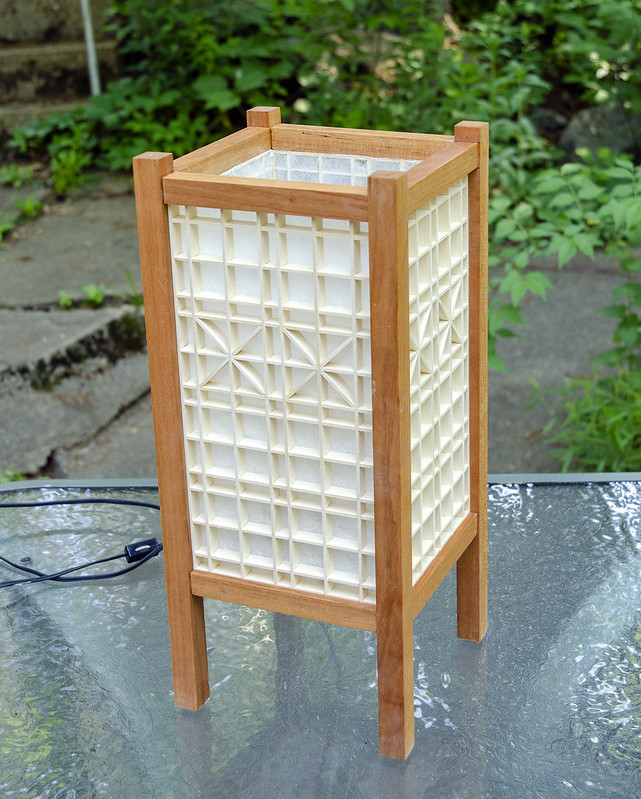 And here it is in its place on the new table: 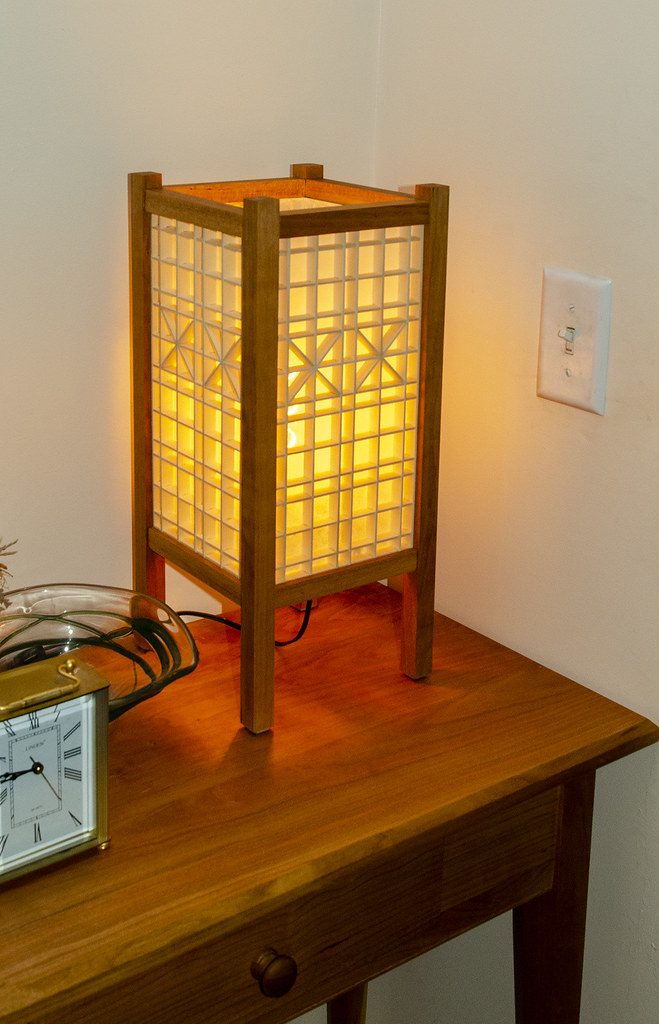 The light inside is one of those “Edison filament LED bulbs” that are so trendy lately. I like how it turned out. And now that I have all those jigs made, I’ll have to use kumiko in some more projects.